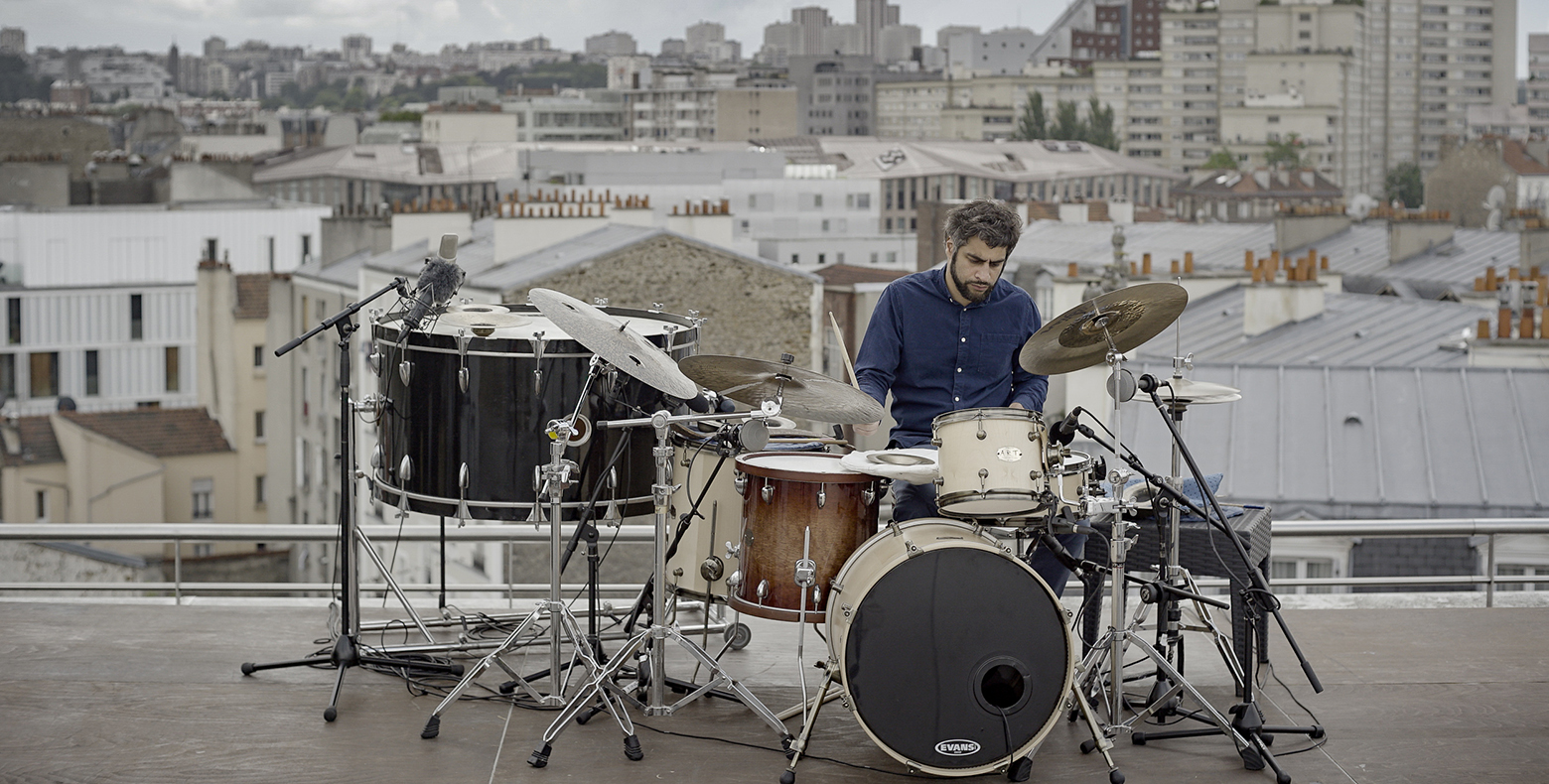 Calling all, this is our final cry before our eternal silence.

In this new commission created specifically for Artspace, Angelica Mesiti presents a three-channel video installation and sound sculpture titled Relay League. The work takes as its departure point a Morse code message transmitted by the French Navy on 31 January 1997 to signal the imminent demise of this communication method. Morse code, which entailed a system of dot and dash radio signals and was often utilised as a language of distress at sea, was phased out after 130 years in favour of new digital communications. Inspired by this final poetic phrase, here Mesiti interprets its original dots and dashes through music, choreography, non-verbal communication and sculpture.

Spanning the expanse of the galleries, the videos and sculpture in Relay League are connected by a labyrinth-like structure that functions as a membrane between the physical and psychological elements embodied within Mesiti’s work. As a point of initial encounter, the sculpture is germane here and provides a visual and sonic cue to the ideas of transmission and reception that resonate throughout the work. The first video features the musician-composer Uriel Barthélémi translating the Morse code message into a percussive score that permeates throughout the entire installation. The second shows  a unique form of dialogue and exchange between two dancers, Emilia Wibron Vesterlund and Sindri Runudde, who is affected by impaired vision. Together the pair have developed an intimate and corporeal language that communicates movement and gesture; Emilia guides Sindri’s understanding of choreography through the touch and feel of her body against his. The third depicts the dancer Filipe Lourenço interpreting Uriel’s percussive sounds in a new choreography that directly references silence and vision through gestures loosely drawn from the vernacular of folk dance. This final video reveals that a dialogue is playing out between each of the performers, and the dots and dashes transmitted throughout the galleries produce a subtle dissonance so that the work continually slips back and forth between cohesion and dissolution. Relay League leaves a sensory impression of a language that has been transformed into a code, which in turn iterates as a score, a performance, a haptic exchange and an instrument, enabling multiple acts of translation across time and space.

Mesiti’s practice chronicles our present condition. She continues to grapple with experiences such as crisis and displacement – whether economic, political, social, cultural or otherwise –  and confront the emotional states of distress, vulnerability and uncertainty. Relay League invokes a fundamental humility, bringing to the surface aspects of human subjectivity that are often obscured from view. To this end, the work offers a counterpoint: more than simply making visible the forms through which language and expression are silenced, she allows these complex and vital tools of human relations to materialise in ways that emphasise our need for empathy, compassion and connection.

This project has been assisted by the Australian Government through the Australia Council, its arts funding and advisory body. The development and presentation of Relay League is supported by Commissioning Partner the Keir Foundation. Relay League was produced with the support of C ND Centre National de la Danse, Paris and University of New South Wales Art & Design. Relay League will be accompanied by a book published by Schwartz City and designed by Formist. Relay League is touring nationally in partnership with Museums & Galleries of NSW. Special thanks to Anna Schwartz Gallery, Melbourne.