What role can art play in re/distributing the future more evenly?

Not Evenly Distributed series | Beyond the Asylum: A Way Forward for Australia's Approach to Refugees
When | Tuesday 31 May, 6 – 8:30pm
Location | Artspace, Level 2, Seminar Room
RSVP | Eventbrite 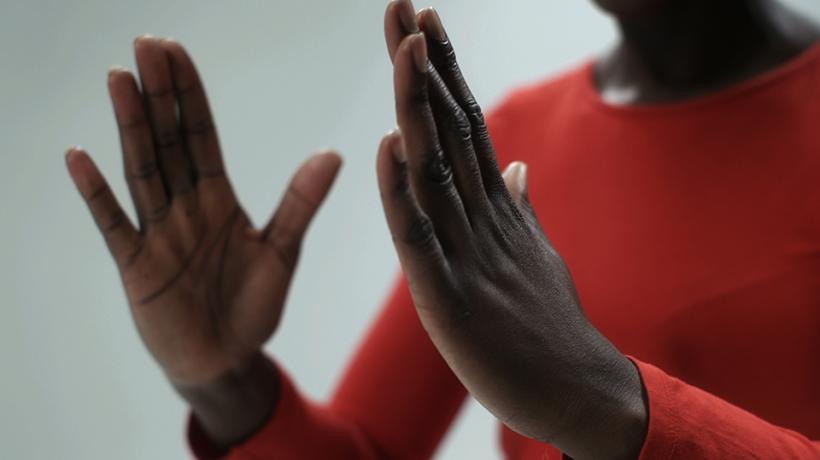 To mark the closing week of the 20th Biennale of Sydney students from UNSW Art & Design Masters in Curating and Cultural Leadership will host a workshop at Artspace on the Politics of Non-Participation. Inspired by Karen Mirza and Brad Butler’s Museum of Non Participation, currently on view at Artspace as part of the 20th Biennale of Sydney, and drawing on techniques developed through Augusto Boal’s Theatre of the Oppressed, Dr. Paul Dwyer and Patricia Hoeppe, will conduct a live engagement with the video works Hold Your Ground (2012) and Everything for Everyone and Nothing for Us (2014).

This unique experience will be followed by a discussion that takes up the question, ‘What role can art play in re/distributing the future more evenly?’ with guest presentations from Mahdi Mohammadi (feminist theatre director from Afghanistan), Katie Hepworth (participant in the Transfield divestment and No Business in Abuse campaigns) and Priya Panchalingam (artist from Deep Dirt Collective).

Karen Mirza and Brad Butler’s Museum of Non Participation addresses withdrawal as a tactic of resistance and empowerment. Non-Participation is a process of withdrawal from neoliberal pressures, questioning both global hegemonies and underlying power structures. Hold Your Ground (2012) and Everything for Everyone and Nothing for Us (2014) address the performativity of resistance and ways in which we can retrain the body to resist capitalism.

Theatre of the Oppressed makes use of the social structures and moral values of each society, to avoid the passive acceptance of those values and structures - Augusto Boal.

The Theatre of the Oppressed was first conceived by Brazilian director Augusto Boal as a community education tool to empower people in imagining alternative social realities.

Following the workshop will be a discussion on the question “what role can art play in re/distributing the future more evenly?” with guest presentations from Mahdi Mohammadi (feminist theatre director from Afghanistan), Katie Hepworth (participant in the Transfield divestment and No Business in Abuse campaigns) and Priya Panchalingam (artist from Deep Dirt Collective).

Paul Dwyer is a Senior Lecturer in the Department of Theatre and Performance Studies at the University of Sydney. His research focuses on performance and social change, particularly in relation to the politics of reconciliation. He has published widely on the work of Brazilian theatre-maker and activist, Augusto Boal, as well as restorative justice practices in settings as diverse as the NSW juvenile justice system and the villages of Bougainville (PNG). His professional theatre credits include a series of documentary theatre works made in collaboration with companies such as version 1.0, Belvoir St, Ilbijerri Theatre and Powerhouse Youth Theatre.

Patricia Hoeppe is Professor of Intermedia Arts at the University of Applied Sciences in Frankfurt. Her practice as a performance artist focuses on unresolved social situations, seeking to “form” them artistically. Patricia is represented by imai, the intermedia arts institute of Dusseldorf, and has exhibited throughout Germany, Europe and the US. Recent projects include The Big Arrival (workshops with recently arrived refugees) and Performed City, where thousands of residents performatively examined the problems of social integration in their small town. In 2017, Patricia and her colleagues at Frankfurt University will launch a new Masters program, Performance Studies in Social Fields.

Mahdi Mohammadi is a feminist theatre director from Afghanistan, who has been living in Australia as a refugee since 2013. A graduate of Kabul University, in Afghanistan he developed live theatre that promoted women’s rights and empowerment. In Australia Mahdi continues to tell important social stories, directing, acting and appearing in work with Powerhouse Youth Theatre (PYT), PYT Ensemble and the ABC.

Katie Hepworth is a researcher and organiser who works on borders, race, citizenship and migration. She is a community campaigner with No Business in Abuse, targeting companies profiting from the detention regime. She is a member of art gang boat-people.org, who she collaborates with to create interventions that upset narratives of belonging and nationhood.

Priya Panchalingam will be participating in the forum on behalf of the Deep Dirt Collective. Deep Dirt Collective is the coming together of seven women artists of colour: We are telling our own stories and resisting dominant culture / We are activating our intuition and healing historical traumas / We are honouring our ancestral roots on our own terms and in our own languages / We are sparking strategies for dismantling the constructs of gender and colonialism / We are transgressive makers of culture / We are Idil Abdullahi, Nicole Barakat, Salwa El-Shaikh, Zeina Iaali, Priya Panchalingam, Samara Shehata & Samia Sayed.