In advance of the opening of the exhibition Platon’s Mirror by Düsseldorf-based media artist Mischa Kuball, Artspace presents a symposium that will consider the significance of Plato’s allegory of the cave for present day conceptions of the real across a range of sites and discourses, but with particular reference to contemporary art.

Mischa Kuball’s engagement with the allegory of Plato’s cave in Platon’s Mirror takes place in an era in which the problem of reality is barely considered in philosophical, sociological or political terms. The current fascination with the ‘performativity’ of the real apparently neutralises the issue of what within reality might actually be considered ‘real’. Kuball questions whether the problem of reality can so easily be discarded by declaring reality as only socially constructed. Questioning whether ratio and the intellect are still useful when it comes to comprehending a distinction between reality and apparition, Kuball’s work can not only be seen as an attempt at re-actualising Plato, but moreover as an attempt to question anew the classic connection between the metaphor of light and the idea of Enlightenment.

Over the course of the afternoon Andrew Benjamin will consider how the mirror – from Jan van Eyck to Gerhard Richter – figures as a fundamental element within the way art stages its own concern – art’s self-staging. Adam Geczy will examine Kuball’s work in light of the Romantic legacy of dolls and doubles starting with Heinrich von Kleist’s ‘Marionette Theatre’ narrative. Jennifer McMahon will treat Kuball’s work as an opportunity to reflect on how far we have come in our understanding of the relation between the ethical, political and aesthetic dimension of knowledge and hence the ethical and political dimension of the aesthetic. David McNeill will take a look at a 21st-century iteration of Plato’s Cave – the Corbus Corporations’ storage facility in a decommissioned coal mine deep underground in Pennsylvania where a disproportionate amount of our photographic history has been bought, catalogued and stored, courtesy of Bill Gates.

Participants: Andrew Benjamin, Professor of Critical Theory and Philosophical Aesthetics at Monash University; Dr Adam Geczy, artist, writer and Senior Lecturer in Sculpture, Installation and Performance at Sydney College of the Arts, University of Sydney; Dr Jennifer McMahon, Head of Philosophy at University of Adelaide; and Dr David McNeill, Senior Lecturer in Art History and Theory at College of Fine Arts, University of New South Wales and Deputy Director of the Centre for Contemporary Art and Politics, CoFA.

This symposium and the exhibition Platon’s Mirror by Mischa Kuball are presented in cooperation with the Goethe-Institut Australien.

Mischa Kuball’s visit to Sydney is supported by the Goethe-Institut Australien. 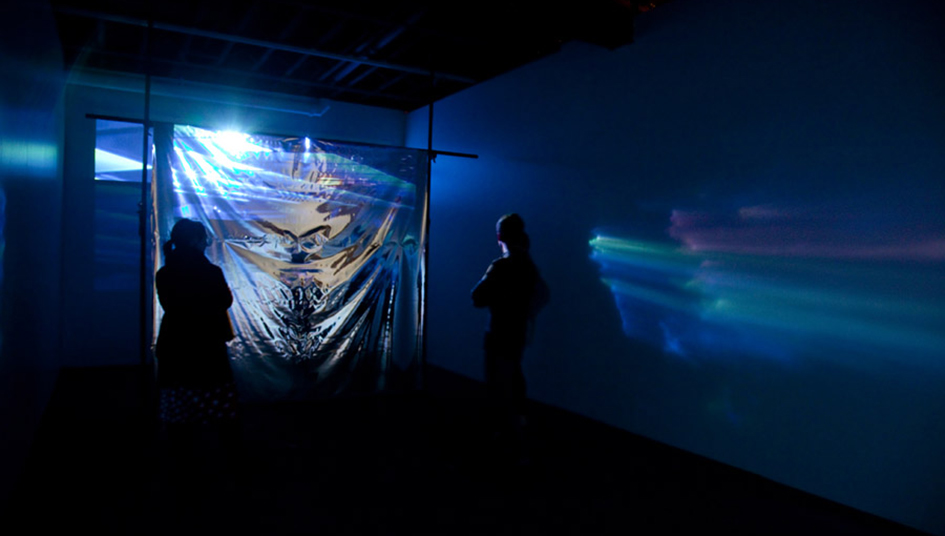