Artspace presents a screening of The Bohemian Rhapsody Project by Ho Tzu Nyen, followed by talks by the artist and Lee Weng Choy, art critic and artistic co-director of The Substation arts centre in Singapore.

The Bohemian Rhapsody Project was commissioned by the inaugural Singapore Biennale in 2006 and critically acclaimed as one of the Biennale's stand-out works. Set in the former Supreme Court of Singapore, the film's spoken dialogue is constituted entirely of the lyrics of legendary rock band Queen’s 1975 hit ‘Bohemian Rhapsody’. It has since been shown at the Yuerba Buena Arts Center in San Francisco and the HQ Sparswasser in Berlin.

Ho Tzu Nyen will discuss the use of the original song by Queen as an experiment in constructing a film that also functions as a vehicle for mental karaoke. He will also touch on the process of the filming which is at the same time the process of auditioning for the film’s lead protagonist. The judgment involved in the process of the audition functions as an allegory for legal machine in its process of sorting out of bio-matter. He will finally discuss the work as an attempt to make films in a new way – not so much the production of mise-en-scene, but rather the production of a situation from which a film can emerge.

Lee Weng Choy will talk about the "avoidance of love" in two works by Ho Tzu Nyen. The first is Episode 3 of his 4 X 4: Episodes of Singapore Art. Comprising four short films about four Singaporean artworks from four historical periods, and scripted and directed by Tzu Nyen, 4 X 4 was first broadcast in 2005 over 4 weeks on the Singapore public television channel, Arts Central. Whereas in the first instance, the theme is implied, in the second work, the theme is explicitly stated: King Lear: The Avoidance of Love, a live audition/ film shoot/ lecture/ theatre performance, was staged in 2007, co-directed by Tzu Nyen and Fran Borgia.

Ho Tzu Nyen is a Singapore-based artist who produces projects characterized by a fluidity of dissemination. In 2003, Tzu Nyen made Utama: Every Name in History is I, an installation containing films and paintings that was first shown at The Substation, Singapore, and subsequently shown in art exhibitions at Sao Paulo Biennale (2004), the 3rd Fukuoka Asian Art Triennale (2005) and at the Adam Art Gallery in Wellington (2006). From 2005 to 2006, Utama was made into a performance-lecture and presented in places such as the Institute of Contemporary Arts in London (2005), Fringe Festival, Bangkok (2005), Kunsten Festival des Arts, Brussels (2006), Singapore Theater Festivals (2006), Rijks Akademie voor Beeldebde Kunst (2006), the Theatre Institute Nederland, in Amsterdam (2006), and most recently in Italian in various public spaces in Trento, in collaboration with the Galleria de Civica (2007). In 2005, Tzu Nyen completed 4 x 4: Episodes of Singapore Art — an attempt to shift the practice of art from the manufacture of objects to the production of discursive events. In 2006, Tzu Nyen unveiled The Guernica Project at ARCO, Madrid, where a 300-piece jigsaw puzzle of Pablo Picasso’s Guernica. 300 members of the public were invited to bring a piece of their choice from the puzzle home on the condition they will bring the same piece back with them next year. In 2006, Tzu Nyen was also commissioned by the National Museum of Singapore to produce a large-scale panoramic film, which re-enacted key moments from the pre-colonial history of Singapore.

Ho Tzu Nyen also writes on film and the visual arts, and is the Singapore Desk Editor for the magazine Art Asia Pacific.

Lee Weng Choy is an art critic and artistic co-director of The Substation arts centre in Singapore. He has published and lectured widely on Singapore and contemporary art, and has convened several international art conferences. He is a regular contributor to Broadsheet, and is on the editorial advisory board. Recent articles include reviews of the Singapore Biennale for www.kakiseni.com and for the College Art Association (USA). In December 2006, Lee was invited to be the editor for the Institute of Modern Art (Brisbane) and Queensland artworkers alliance publication, The Artreader: APT5 Companion.

The visits of Ho Tzu Nyen and Lee Weng Choy have been initiated by Contemporary Art Centre of South Australia and supported by the National Arts Council, Singapore. 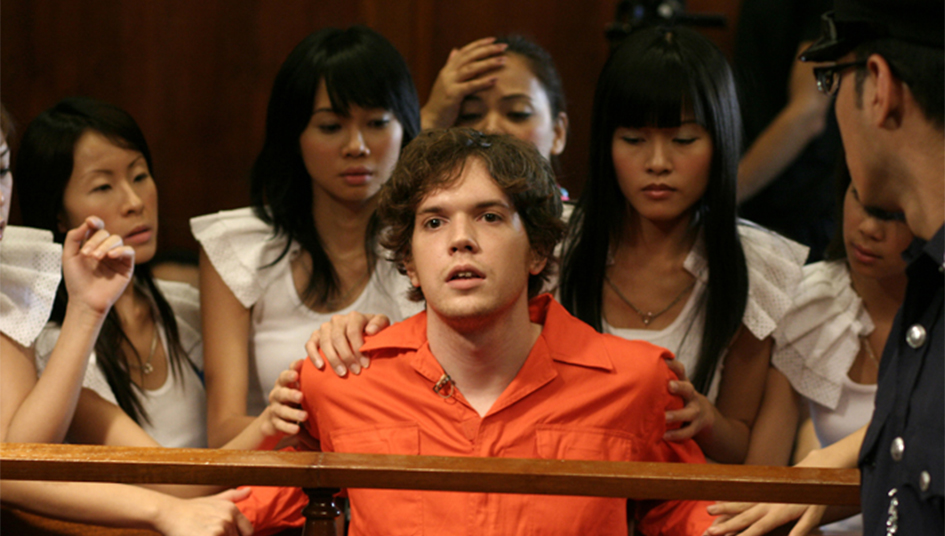