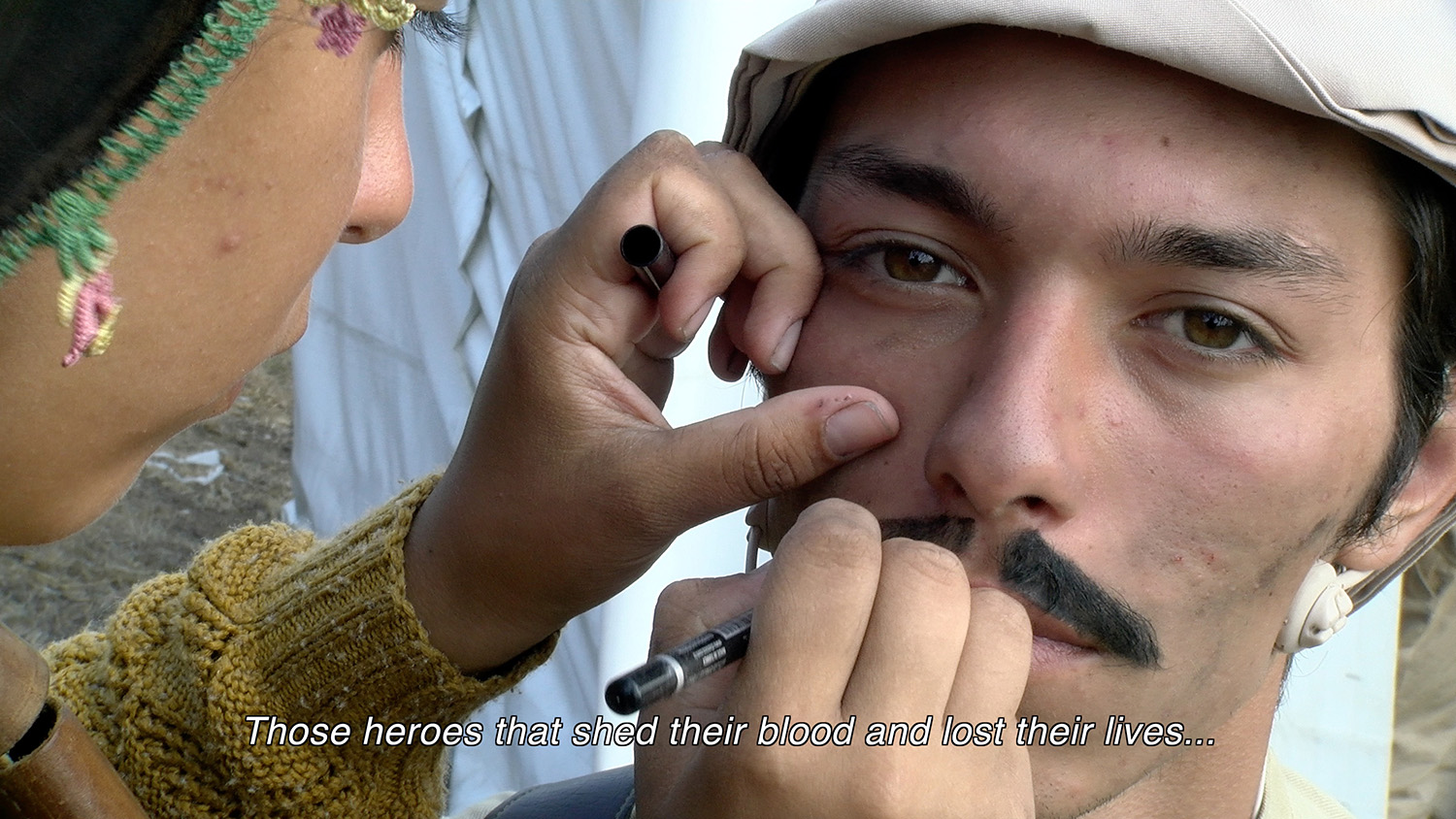 Developed over the course of three years, Heroes, 2018, is the latest film by Turkish artist Köken Ergun, and his first feature-length film to date.

Heroes deals with concepts of martyrdom and heroism that evolve around the legacy of the Gallipoli/Çanakkale Campaign. To realise the piece, Ergun worked closely with Gallipoli tour guides from Turkey, Australia and New Zealand, initially embedding himself as a regular guest without filming and then documenting more than fifty tours, culminating in 120 hours of footage.

The resulting single-channel film offers a rare insight into what the artist terms ‘tourism of martyrdom’. It brings together varied war narratives as told by the different tour guides, emotional reactions of their audience, interviews with tour participants and patriotic theatre plays organised by the Turkish state to further impassion tourists visiting martyr monuments and graves. The work draws attention to the different permutations of the same history and how it is conveyed and experienced – through the frame of martyrdom in the more religious culture of Turkey, and heroism in the more secular cultures of Australia and New Zealand.

Following its first presentation at Artspace, Sydney, Heroes will be exhibited with Protocinema in Istanbul in 2019, supported by a conference and an academic publication on the concepts of martyrdom and heroism.

Heroes is a co-commission between the Australian War Memorial, Protocinema and Artspace, Sydney, with additional  support from Supporting Contemporary Art from Turkey (SAHA) and Çanakkale Biennial Initiative (CABININ). Ergun is the only Turkish artist to have been commissioned by the AWM and the only Turkish contemporary artist in their collection.

Born in Istanbul in 1976, Köken Ergun studied acting at the Istanbul University and completed his postgraduate diploma degree in Ancient Greek Literature at King's College London, followed by an MA in Art History at the Bilgi University, Istanbul. After working with American theatre director Robert Wilson, Ergun became more involved with video and film. His multi-channel video installations have been exhibited internationally at institutions including Documenta 14, Palais de Tokyo, SALT, Garage MCA, Stedelijk Museum Bureau Amsterdam, Protocinema, KIASMA, Digital ArtLab Tel Aviv, Casino Luxembourg, Para-Site and Kunsthalle Winterthur. His film works have received several awards at film festivals including the Tiger Award for Short Film at the 2007 Rotterdam Film Festival and the Special Mention Prize at the 2013 Berlinale. Ergun’s works are included in public collections such as the Centre Pompidou, the Greek National Museum of Contemporary Art, Stadtmuseum Berlin and the Kadist Foundation.

Heroes is a co-commission between the Australian War Memorial (AWM), Artspace, Sydney, and Protocinema, with additional support from Supporting Contemporary Art from Turkey (SAHA) and Çanakkale Biennial Initiative (CABININ).