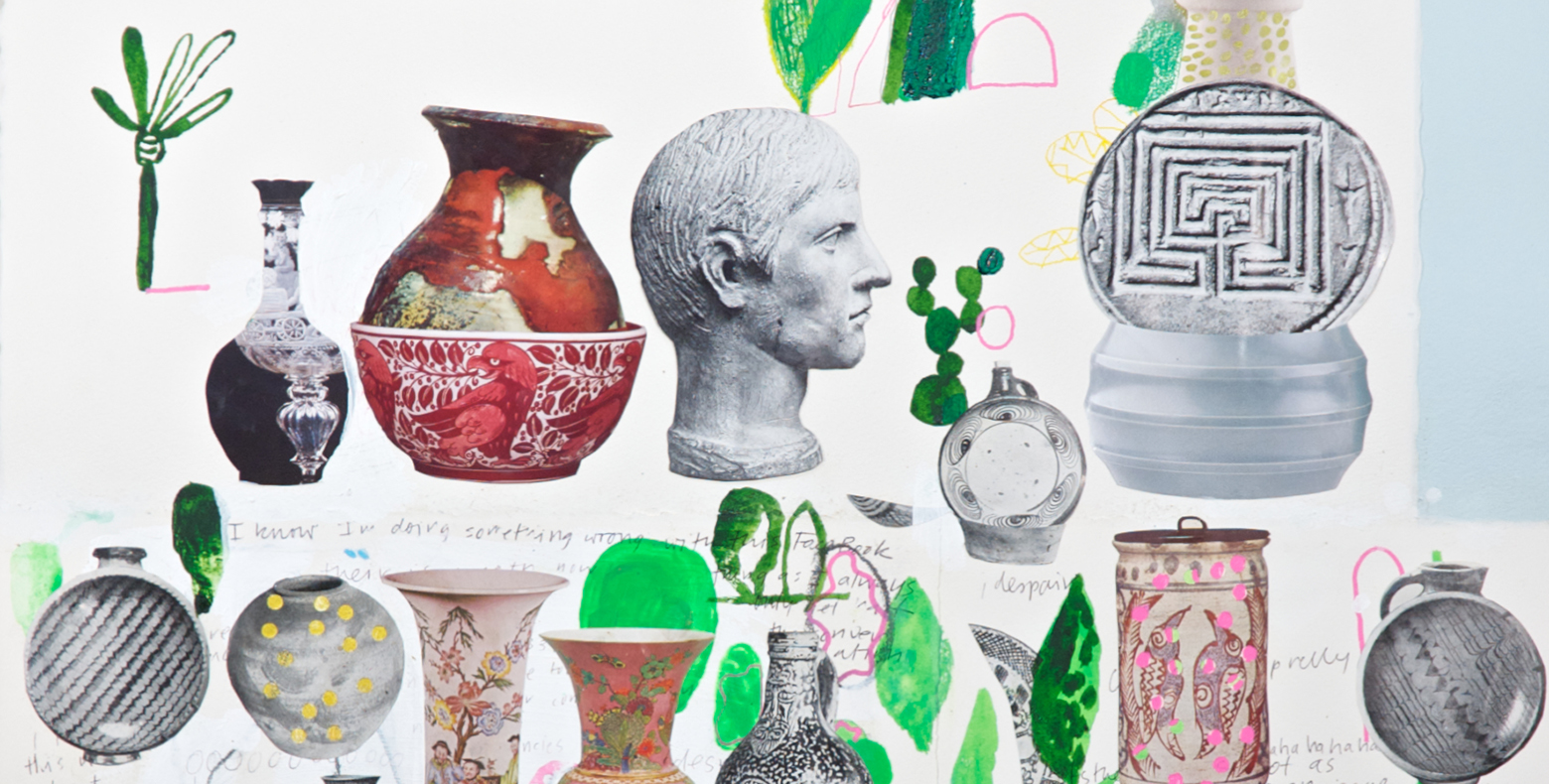 'I used to be a curator in a big museum and like a lapsed Catholic I carry the guilt inside me forever. It has led to a lot of my ceramic work being about the art world itself which is a really boring topic at the best of times.

I’m intrigued by the way that online forums have become the home of art criticism. Pithy comments have replaced analysis as the mainstream print media shrinks. I mine the online environment for subject matter fixing it in perpetuity. Pots have the potential to last for millennia and this really appeals to my ego.

Like many others in the art world I am an avid reader of the online comments of the Brisbane artist Scott Redford. I think he has created a large corpus of writing which is a counternarrative to the bright and shiny rhetoric that emerges out of most major institutions. I have made a large pot that celebrates this.

I appreciate that although I do not agree with everything he says I really admire that he is game enough, and smart enough, to say it.

There is another pot here about performance art. As always I’m trying to leave a record of the ephemeral, a bulwark against time.'

Glenn Barkley is an artist, writer, curator and gardener based in Sydney and Berry NSW, Australia. His work operates in the space between these interests drawing upon ceramics deep history, to popular song, the garden and conversations about art and the internet.

He was previously senior curator at the Museum of Contemporary Art Australia (2008–14) and curator of the University of Wollongong Art Collection (1996–2007).

He is co-founder of Kilnit Experimental Ceramics Studio Glebe and Co-Director of The Curators Department, an independent curatorial agency based in Sydney.

He was a finalist in the 2017 Shepparton Art Museum, Sidney Myer Ceramics Award.

His work is held in the collections of the Art Gallery of South Australia, National Gallery of Australia, Shepparton Art Museum and Artbank, Sydney.

All works courtesy the artist and Utopia Art Sydney.

The artist acknowledges the National Art School Sydney for their support in realising these works.

The artist would also like to thank Mechelle Bounpraseuth