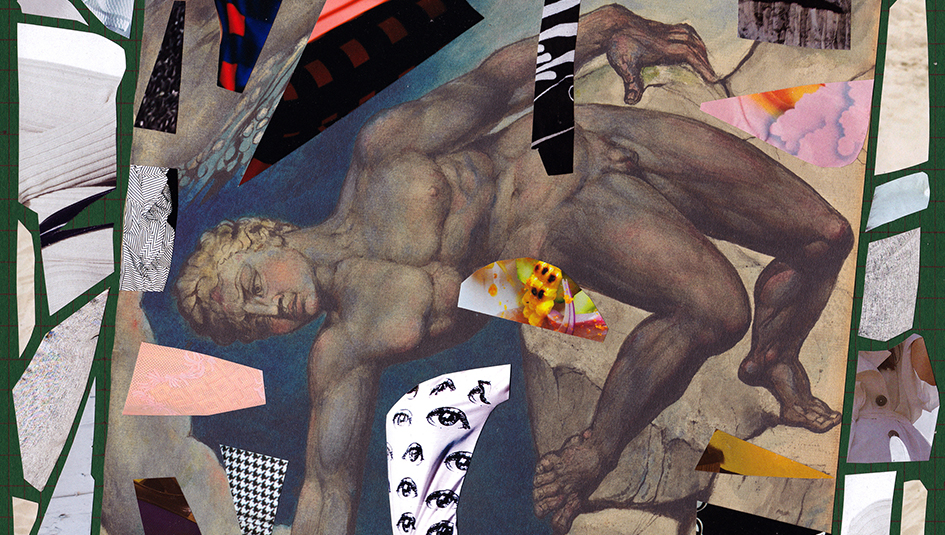 Alasdair McLuckie’s practice explores mythology and ritual through the vernacular of aesthetic formalism. He creates meticulously detailed compositions that combine drawing with craft-based processes such as beadwork, embroidery, weaving and collage.

While McLuckie’s practice has been characterised by an interest in broad folk narratives, recent works are driven by an exploration of materiality and the creative process and continue the artist’s fascination with tribal art traditions and their aesthetic relationship to modernism and contemporary western art.

Doubles encompasses a new series of beaded and collage works, partially made during his residency at Artspace, that explore the dynamics of the other, the exotic, and the tenets of primitivism that underline this history, as well as the ritual of making.

Alasdair McLuckie graduated from the Victorian College of the Arts, Melbourne with a Bachelor of Fine Art in 2007. He is represented by Murray White Room, Melbourne and Mothers Tankstation, Dublin.