The Embassy of Non-Participation 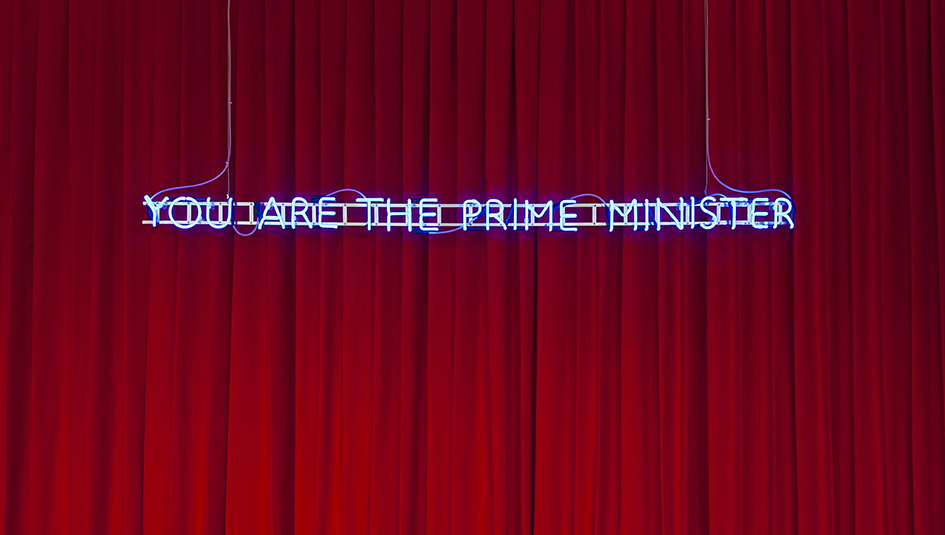 For the 20th Biennale of Sydney, artist duo Karen Mirza and Brad Butler take over Artspace, considering how the act of ‘non-participation’ might also be an active, critical position.

Karen Mirza and Brad Butler’s ‘The Museum of Non Participation’ changes form as it moves through time and place, acting as a guiding conceptual construct rather than an identifiable institutional structure. The terminology of the title, with ‘museum’ employed in an ironic and self-reflexive manner, indicates the specific framing of the project. As the artists write, ‘[It] releases itself from being an actual museum. Instead it travels as a place, a slogan, a banner, a performance, a newspaper, a film, an intervention, an occupation – situations that enable this museum to “act”.’[1]

Initiated for Artangel in London in 2007, Mirza and Butler’s ongoing project investigates values, paradoxes and problems tied both to the art world and market, and to capitalism and neoliberalism at large. It raises questions – philosophical and practical – around power, privilege and consumption, and – especially relevant to the theme of the 20th Biennale of Sydney – notions of dispossession and the uneven distribution of resources.

It is argued that participation, consensual or not, is an inexplicable aspect of neoliberal life in which, for example, urgent social issues are replaced or ignored almost as soon as they are acknowledged. When power and agency can easily be absorbed and manipulated by mainstream interests, the artists posit that ‘non-participation’ might be reframed as an active and critical position from which to question the status quo. In this way, ‘The Museum of Non Participation’ draws attention to defiance big and small, from revolution in Pakistan, India and the Middle East, to local protest movements and women’s bodies as sites of resistance.

Interrogating the politics of participation is especially relevant to Artspace as the host site for what is to be the final iteration of ‘The Museum of Non Participation’. For more than 30 years, Artspace has existed as an alternative space dedicated to the presentation of contemporary and experimental art in a critical context. Along with existing works detailed below, the artists spent two months in residence at Artspace developing new works that draw on the rich history of the building and its surrounds, including its naval heritage, its use as an artists’ squat in the 1970s, issues facing the Indigenous communities of Woolloomooloo, the environmental activism of the Green Bans and ongoing gentrification in the area.

The multifaceted exhibition at Artspace is conceptualised as an infinity loop, which branches out in two directions linked through a central space near the entrance to the gallery. Here visitors are presented with two adjacent doors that offer different access points to the exhibition, and through which one must return to complete the picture. Mirza and Butler riff off Duchamp’s bespoke door in his tiny Paris apartment which was famously hinged on a jamb shared by two openings, thus serving two thresholds and three rooms simultaneously. A door that closes in one direction opens in another.