Anne Graham constructed eight rooms corresponding to a normal dwelling: a bedroom, a bathroom, a kitchen, a studio, a library, a living room, an office and a gallery.

Anne Graham constructed eight rooms corresponding to a normal dwelling: a bedroom, a bathroom, a kitchen, a studio, a library, a living room, an office and a gallery. Everyday routines that occur while occupying these spaces became the formal framework for the work. The actions and the objects in the spaces were intended to be more than functional: the spaces became ‘social sculptures'. Quite, intimate and familiar activities appeared strange due to their displacement. By evoking associations, the spaces, actions and objects became, in effect, ‘transitional objects or phenomena'. These rooms, in the words of Gordon Matta Clark, are intended to take "a normal situation and retranslate it into overlapping and multiple readings of conditions past and present"

Over six weeks one of six artists participating from Australia and abroad undertook a performance work in one of the Artspace galleries resulting in the installation ‘aftermath' and collectively creating a dynamic, rolling set of relationships between changing spaces. This program was completed by two discrete performance works by local artists. The project was also accompanied by a set of screenings of international performance documentation in the Artspace Reading Room and a Symposium held at CarriageWorks on Saturday 18 August, 2007. 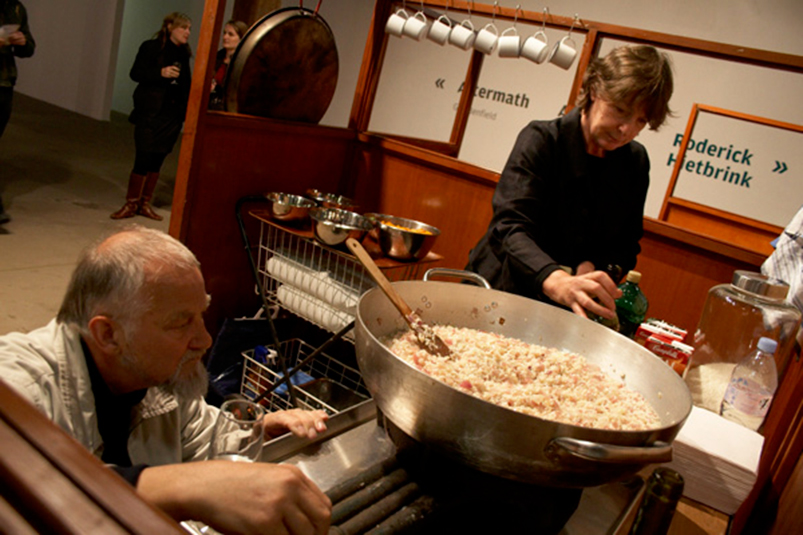