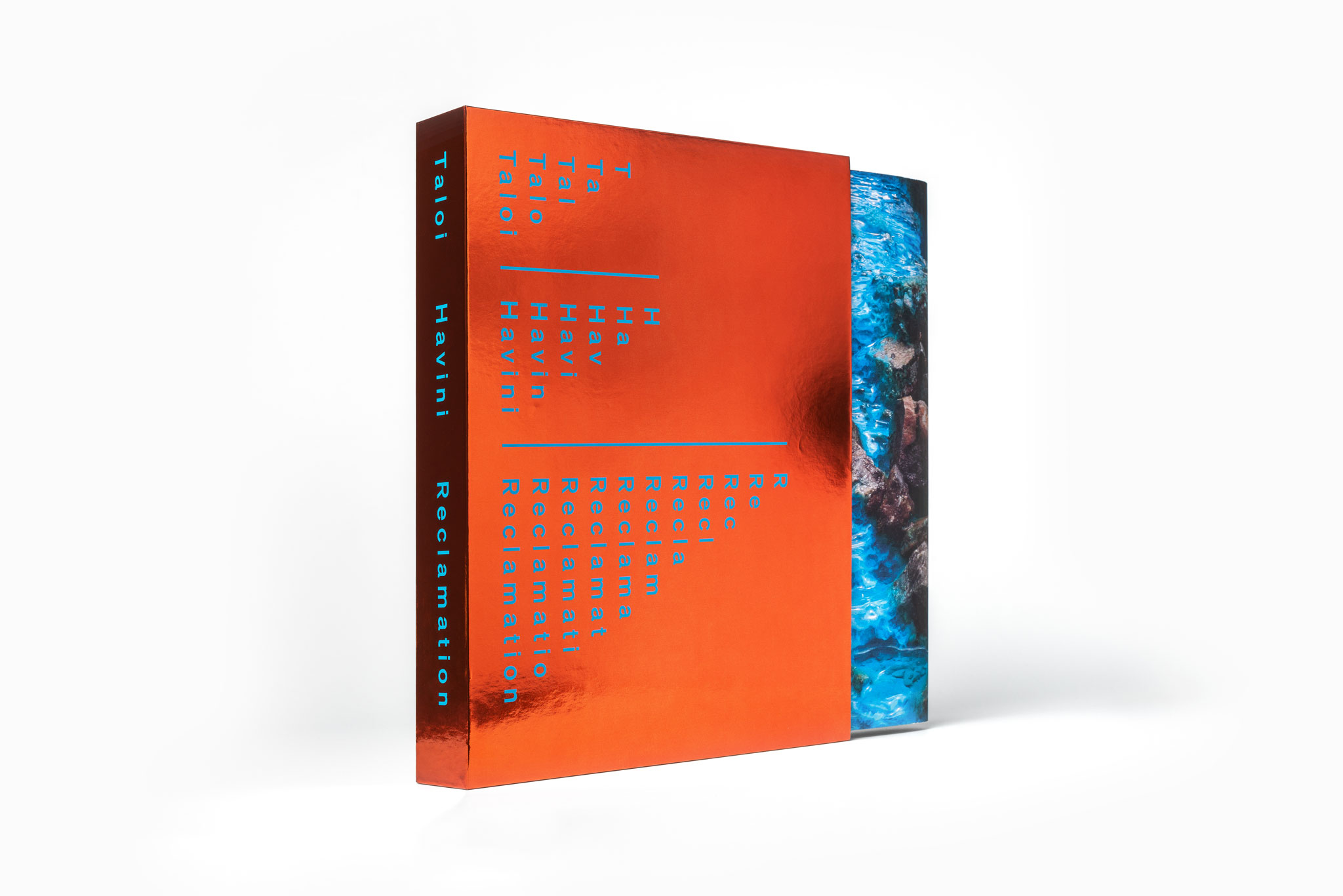 Artspace is excited to launch Reclamation, the first publication from Bougainville-born artist Taloi Havini. Reclamation documents Havini’s ongoing investigation into the history, environment and nation-building within the social structures of her birthplace, the Autonomous Region of Bougainville, Papua New Guinea.

Havini’s Reclamation exhibition, held at Artspace in 2020, sought to draw attention to Australia’s colonial relationship to Bougainville, and reclaim aspects of Bougainville’s culture, identity, and inter-generational connections to land that have been undermined through the imposition of western ideologies. Her work is a reclamation of land and country, rewriting histories and narratives so that the people of Bougainville become the agents of their own representations.

Co-published by Artspace and Formist, the publication, which is presented in a metallic copper slip case, is an immersive experience constructed to utilise unique four-page spreads that allows it to be read and understood in multiple ways. It features enlightening essays from QAGOMA’s Curator of Pacific Art Ruth McDougall, and Oceania academic and writer Nicholas Thomas; specially commissioned hymns by Orator, Songwoman and artist Sēini ‘SistaNative’ Taumoepeau; excerpts from an unpublished autobiography by Havini’s late father, Moses Havini; as well as Havini in conversation with transdisciplinary writer and scholar Nabil Ahmed and highly respected Nakaripa Elder and curator Sana Balai.

Taloi Havini was born in Arawa, Autonomomous Region of Bougainville, Papua New Guinea. She currently lives and works in Meeanjin/Brisbane. Her work is often a personal response to the politics of location. She employs photography, sculpture, immersive video and mixed-media installations to explore contested sites and histories in the Oceania region. She has exhibited internationally, including at the Royal Academy of Arts, London; Palais de Tokyo, Paris; Ocean Space, Venice; and Sharjah Biennial 13, United Arab Emirates.

Reclamation was co-commissioned and produced by Artspace, Sydney and the Samdani Art Foundation for the 2020 Dhaka Art Summit. Reclamation was presented by Artspace in 2020 in partnership with Sydney Festival. This work has been supported by the Australian Government through the Australia Council for the Arts, its funding and advisory body, the NSW Government through Create NSW, the Gordon Darling Foundation and the National Association for the Visual Arts (NAVA).