With our commitment to supporting 70+ Australian artists over 10 years, this is the fourth year Artspace will offer free studio spaces for artists. The practitioners selected represent a cross-section of contemporary Australian art practice, spanning generations and disciplines.

Next year’s artists range from senior practitioners with established international practices to emerging artists working in local and national contexts. In 2018, the Artspace studios will be a platform for the development of major projects and co-commissions for domestic and international exhibitions. 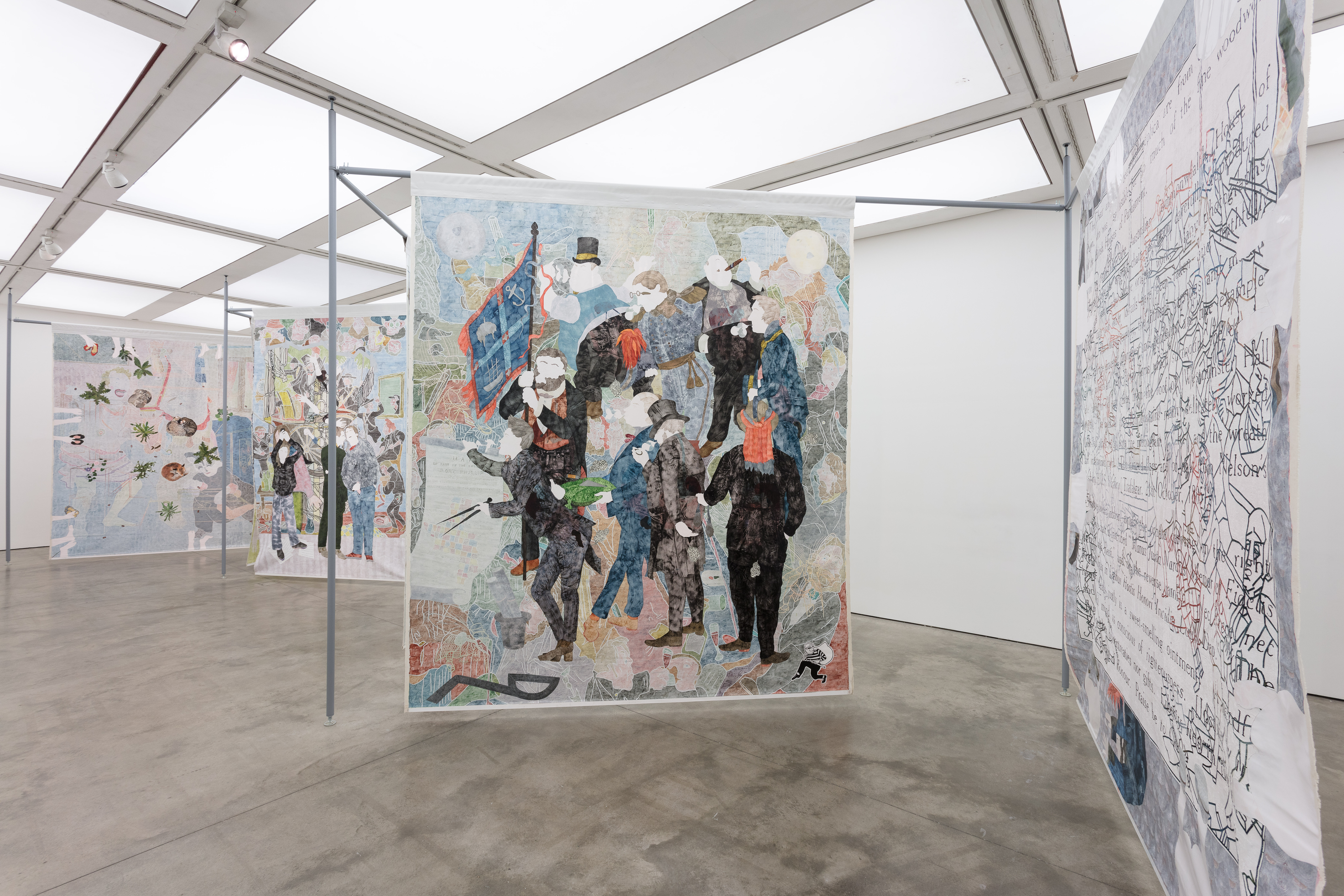 Artspace and Sydney Festival present Warm Ties, co-commissioned by the Institute of Contemporary Arts, London and Artspace and assisted by the Australian Government through the Australia Council for the Arts, its funding and advisory body. Its development and presentation is supported by Commissioning Partner the Keir Foundation. 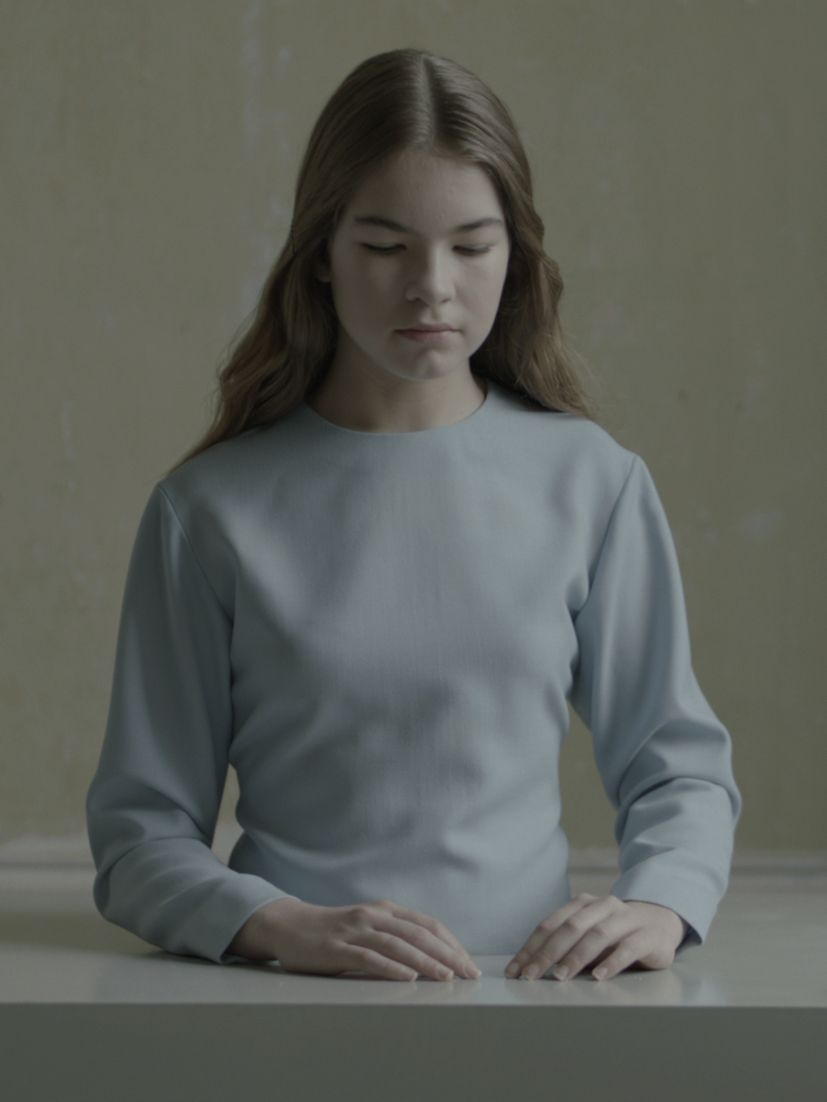 SUPERPOSITION: Equilibrium & Engagement will examine the theory of ‘superposition’ by investigating how it might operate in the world today. 70 leading international artists - chosen to offer a panoramic view of how opposing interpretations can come together - will participate across seven venues. The exhibition at Artspace will include works by; Ai Weiwei, Geng Xue and Tanya Goel. 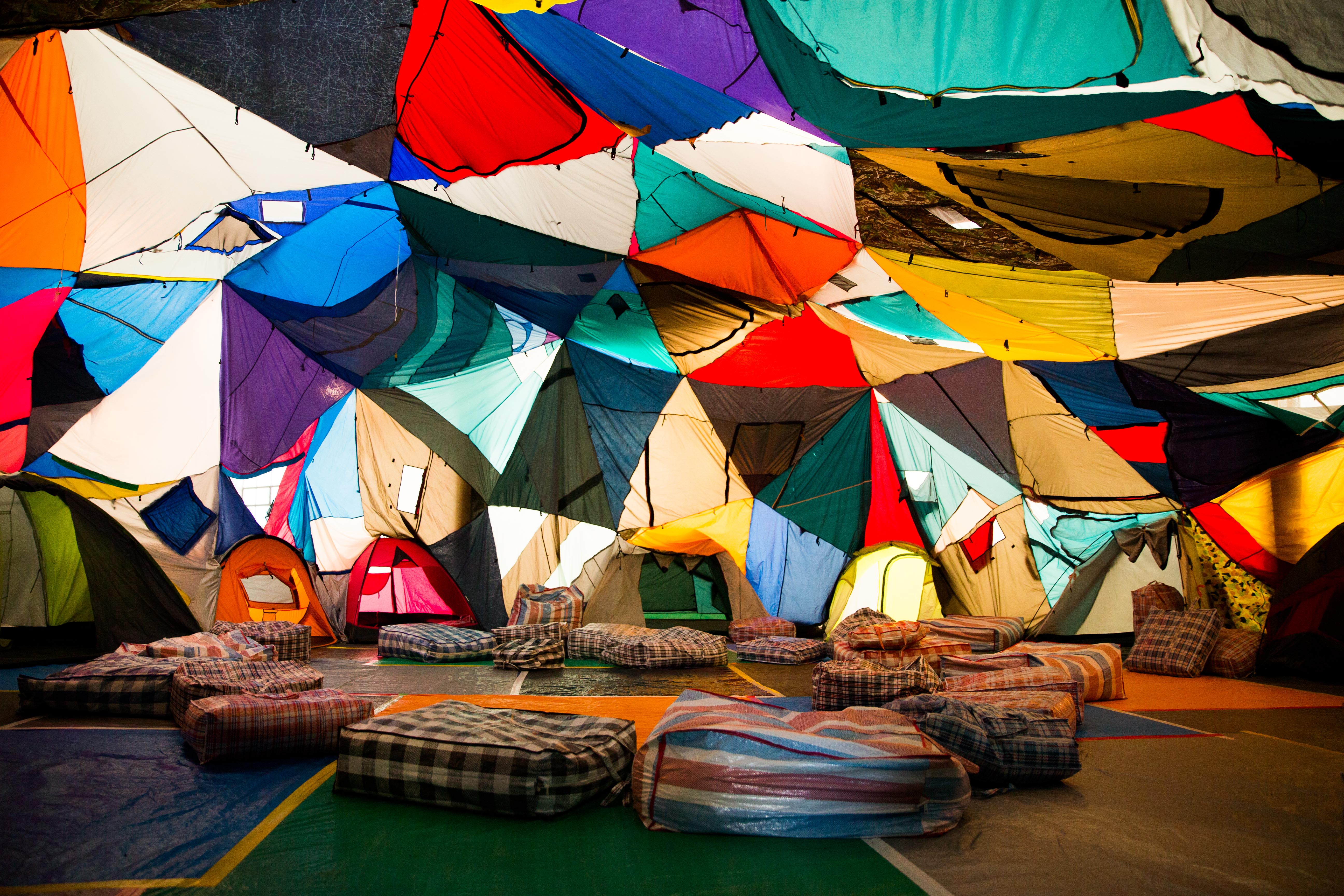 The artist’s first Australian solo institutional exhibition will transform Artspace through spatial intervention and an ongoing discussion platform, using architectural and educational theory to explore radical pedagogy and the ways in which space informs how we teach and learn.

Supported by the City of Sydney 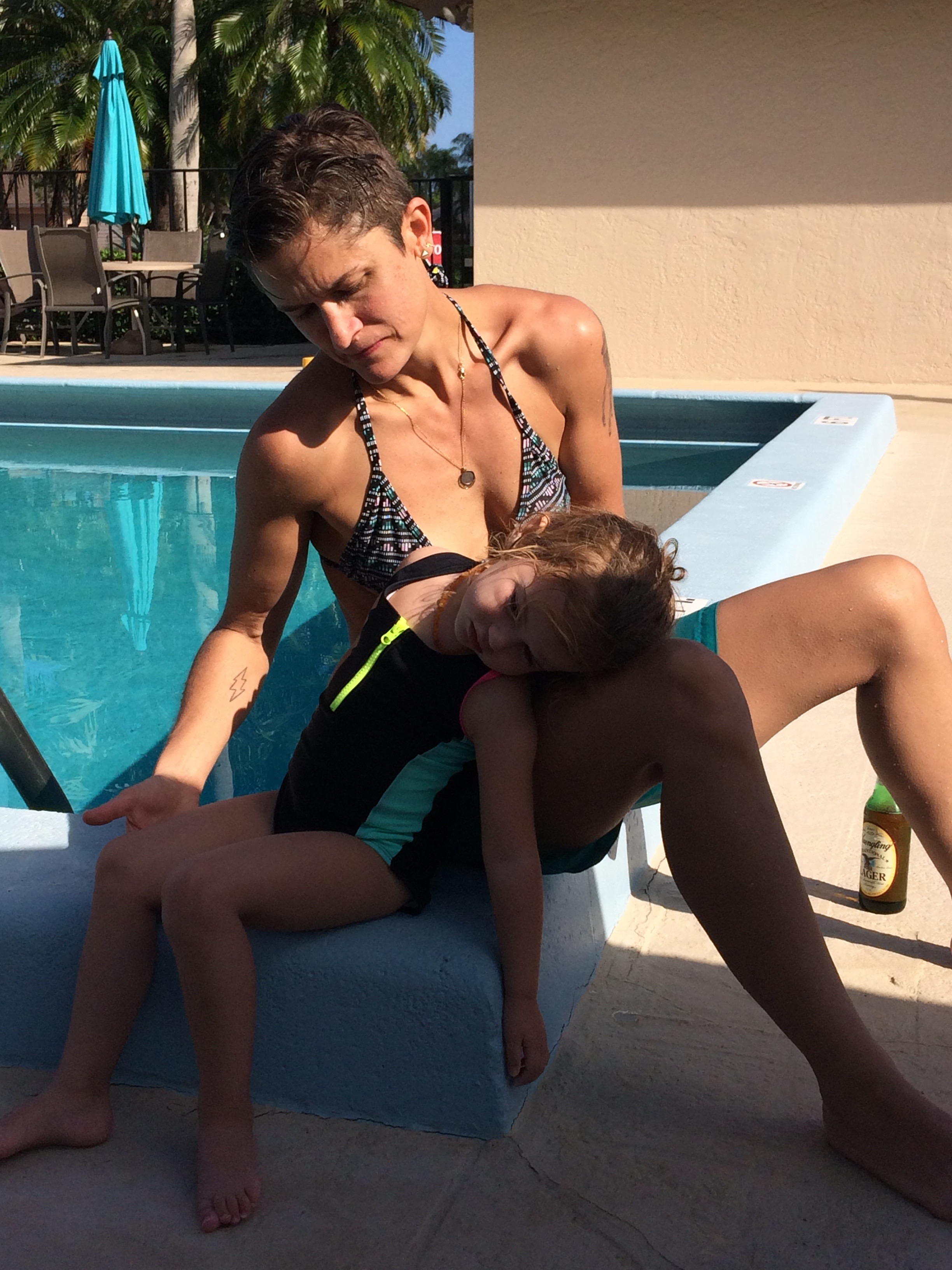 The third of our three-part speculation on one idea, THE PUBLIC BODY .03 extends on the PUBLIC BODY .01 and .02's exploration of contemporary representations of the body and practice embedded in feminist, queer and anti-racist subjectivities. The final edition will bring together diverse artist practices that speak to digital-physical adaption and notions of the future body, real and speculative. The NSW Visual Arts Emerging Fellowship is awarded annually by Create NSW and presented in partnership with Artspace. Each year Create NSW convenes an independent judging panel of artists and industry professionals to determine the finalists from a highly competitive pool of NSW-based applicants. These artists then undertake a three-month period of development with the Artspace curatorial team, working towards an ambitious group exhibition from which one artist is awarded $30,000 to contribute to a program of professional development.

The NSW Visual Arts Emerging Fellowship is presented by the NSW Government, through Create NSW, in partnership with Artspace. 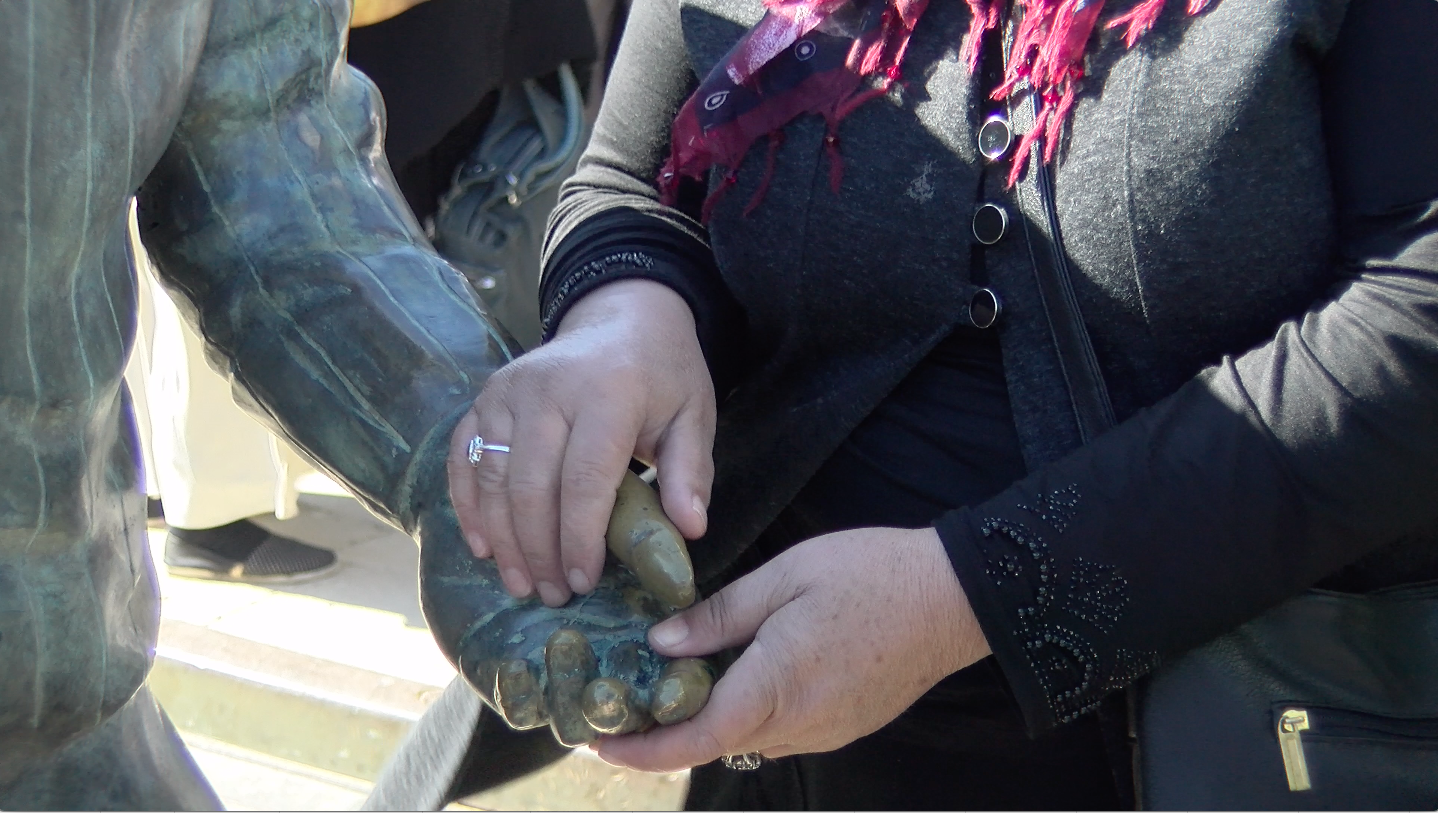 In 2018, the Ideas Platform will continue to host a broad spectrum of projects from emerging and established artists including: Nola Farman, Köken Ergun, Hannah Donnelly, Emma Finneran and Izabela Pluta, as well as our annual collaboration with Paramatta Artists Studios 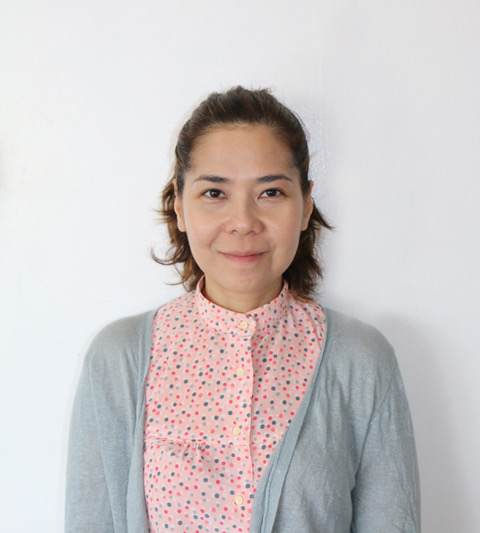 In partnership with UNSW Art & Design, this program will support four curators in 2018, including Mark Beasley, Curator, Hirshhorn Museum and Sculpture Museum, Washington D.C; Joselina Cruz, Director and Curator, and Chris Green, Deputy Director, Museum of Contemporary Art and Design (MCAD), Manilla; Chus Martinez, Head of the Institute of Art at the FHNW Academy of Art and Design in Basel; and Asad Raza, artist, producer and curator. 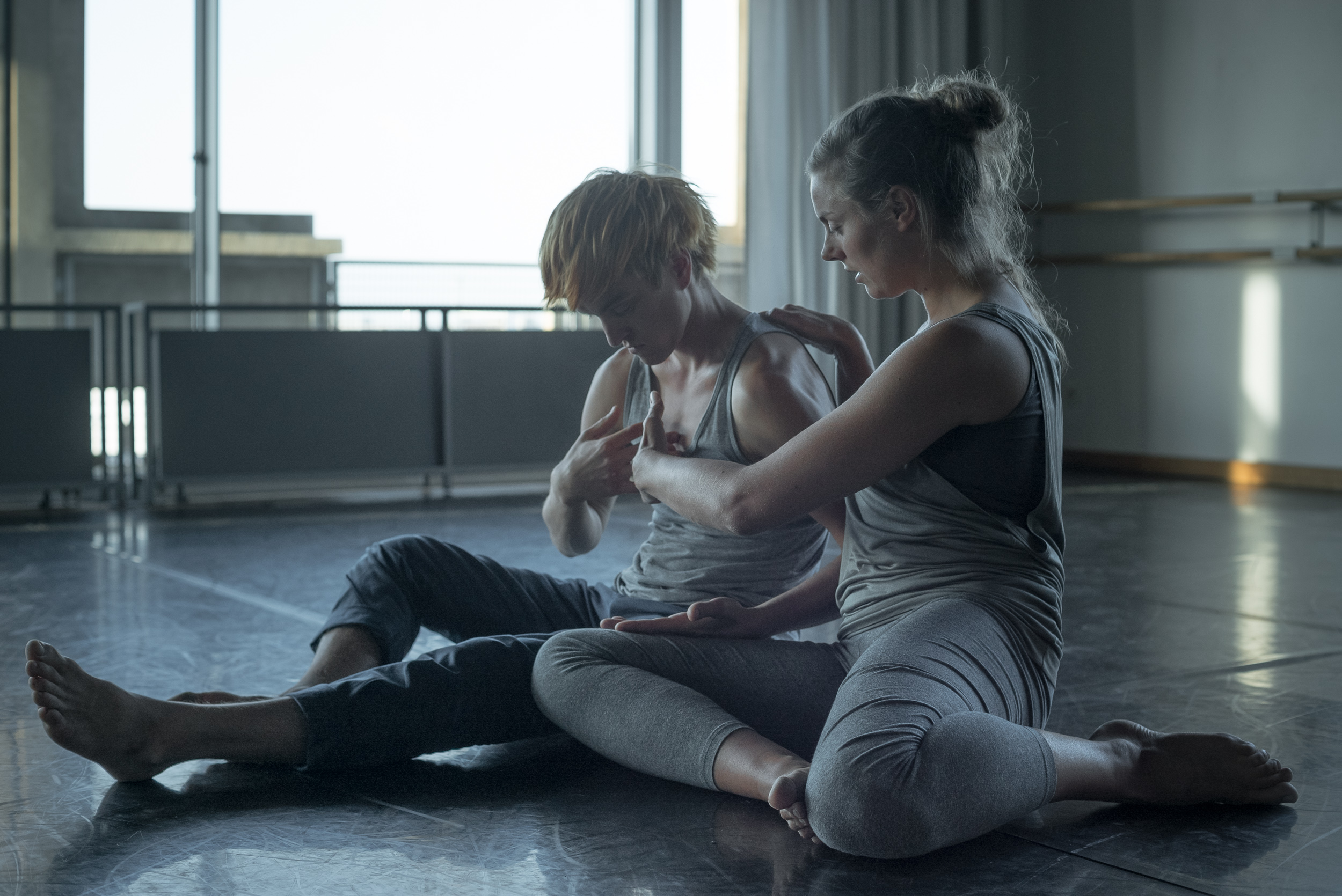 The development and presentation of Relay League is supported by Commissioning Partner the Keir Foundation. Relay League was produced with the support of CND Centre National de la Danse, Paris and University of New South Wales Art & Design. This project has been assisted by the Australian Government through the Australia Council, its arts funding and advisory body. The expanded presentation of Angelica Mesiti, Art Sonje Center, is supported by the Australian Government through the Australia-Korea Foundation of the Department of Foreign Affairs and Trade. 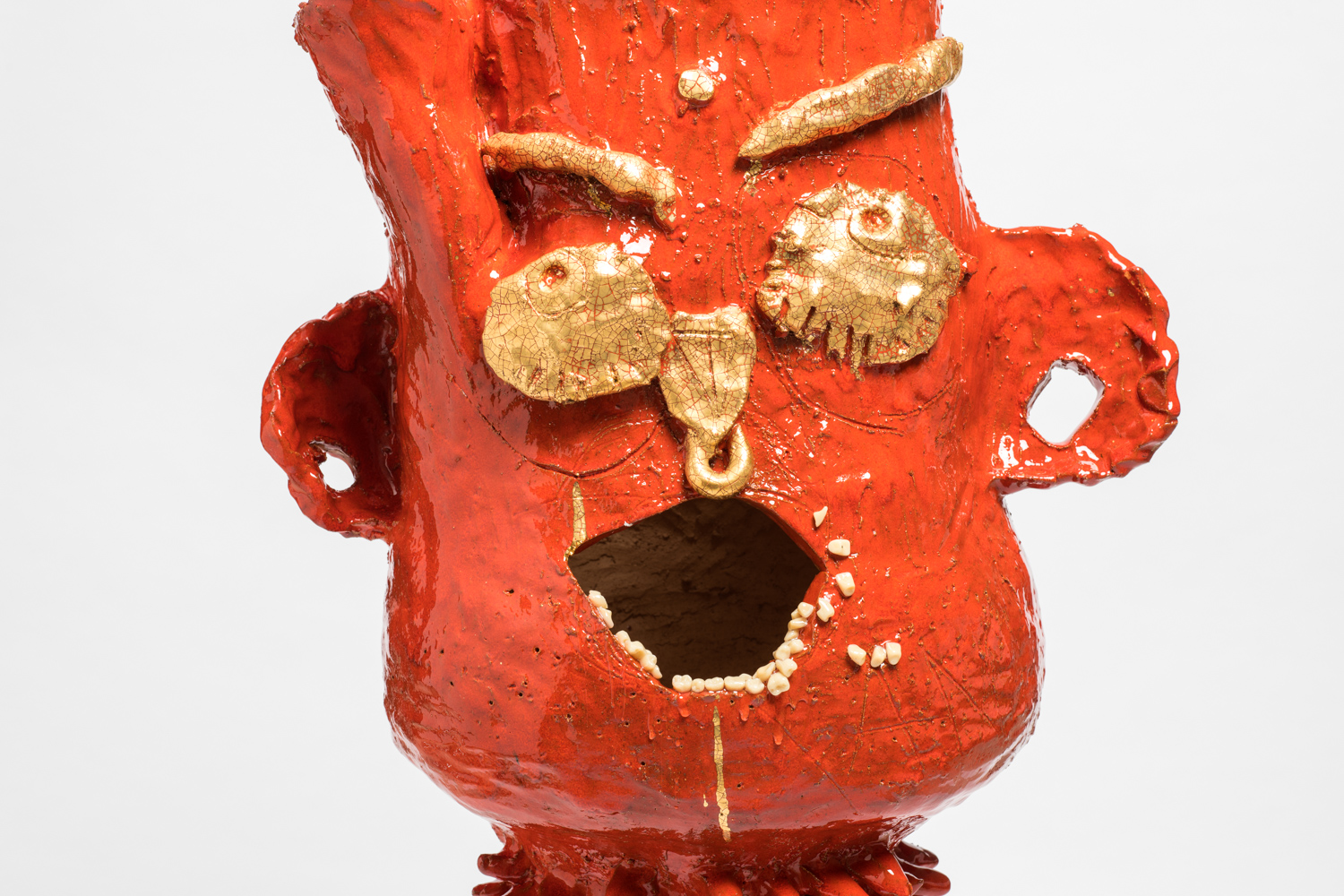 This solo project will be part of Bearing Points, which considers the role in shaping regional identity. The fourth edition of the Dhaka Art Summit will be held from 2-10 February at the Bangladesh Shilpakala Academy. 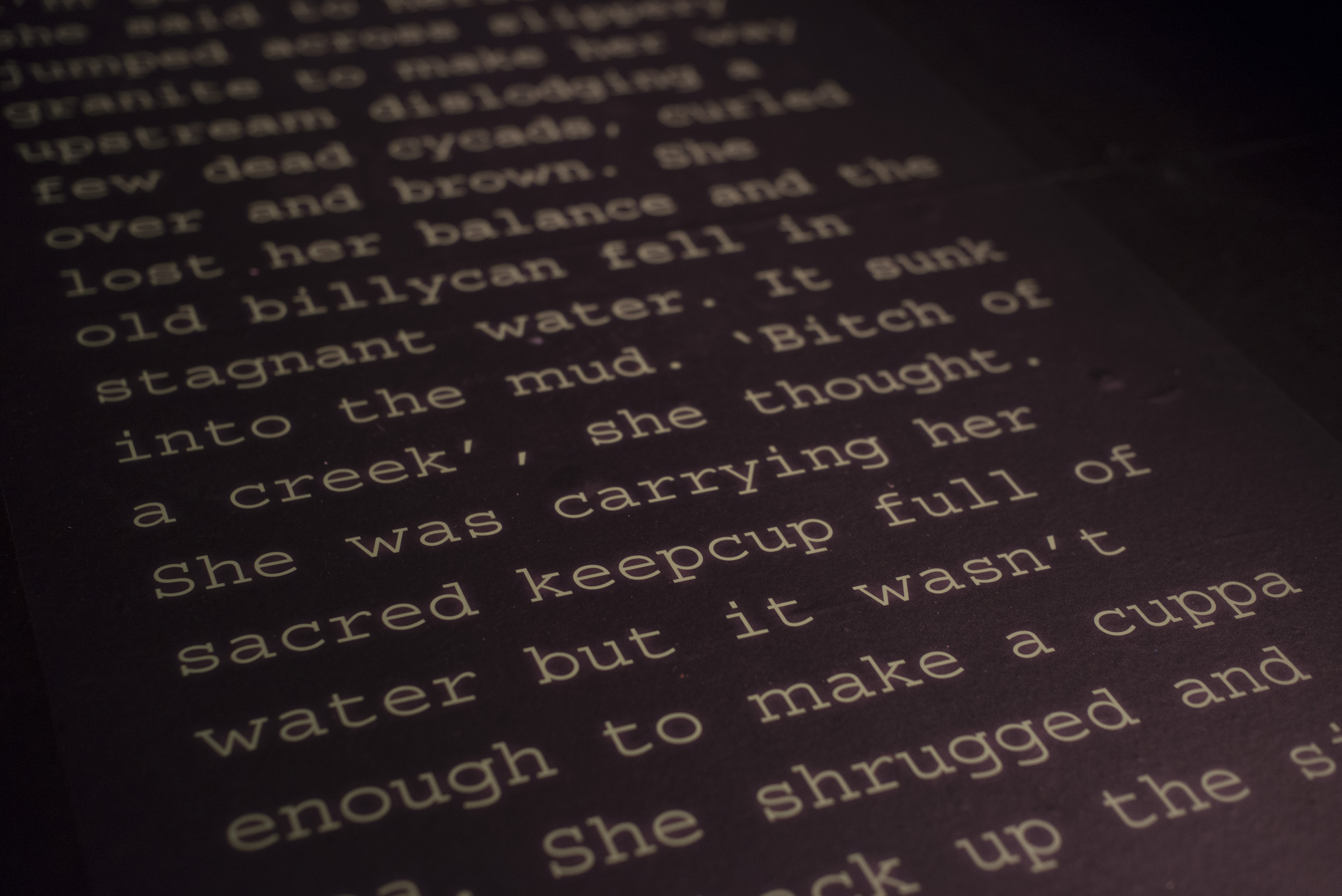 The 2018 Critical Writing Ensemble, Sovereign Words, will bring together Indigenous peers from four continents to address some of the critical questions driving Indigenous writing in the arts today through commissioned texts and debates, concluding with a publication. Indigenous Australian participants include Daniel Browning, Megan Cope, Hannah Donnelly, Kimberley Moulton and Djon Mundine.

Conceived by the Office for Contemporary Art Norway and presented in collaboration with the Dhaka Art Summit and Artspace. This project has been assisted by the Australian Government through the Australia Council, its arts funding and advisory body.

Image: Hannah Donnelly, At The End of Their World: Keepcups. The Future Leaks Out, Installation view at Liveworks 2017 presented by Performance Space, courtesy the artist. Photo: Lucy Parakhina 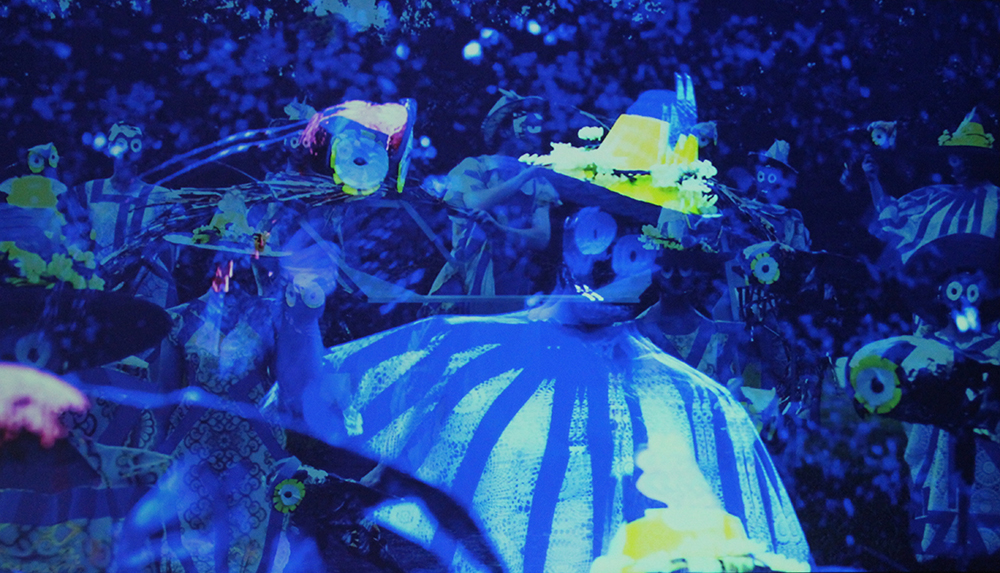 2018 will see the continuation of Artpace's national and regional touring comissions, including the works of: Angelica Mesiti, Relay League; Justene Williams, The Curtain Breathed Deeply; and Tracey Moffatt & Gary Hillberg's Montages: The Final Cut 1999–2015. Supported by Museums and Galleries of NSW, these major projects will tour to over  30 different venues across regional NSW and Australia.

52 ARTISTS 52 ACTIONS is an ambitious, year-long project running from January 2018  – January 2019 highlighting artistic practice across Asia. The project will engage 52 artists and collectives to stage actions in unique, physical locations throughout the region and share them with global audiences via the @52ARTIST52ACTIONS Instagram account. Each week for a year a different artist will drive the project, generating a continuously unfolding archive of creative responses to political and social issues central to each unique context. The first action will be staged on 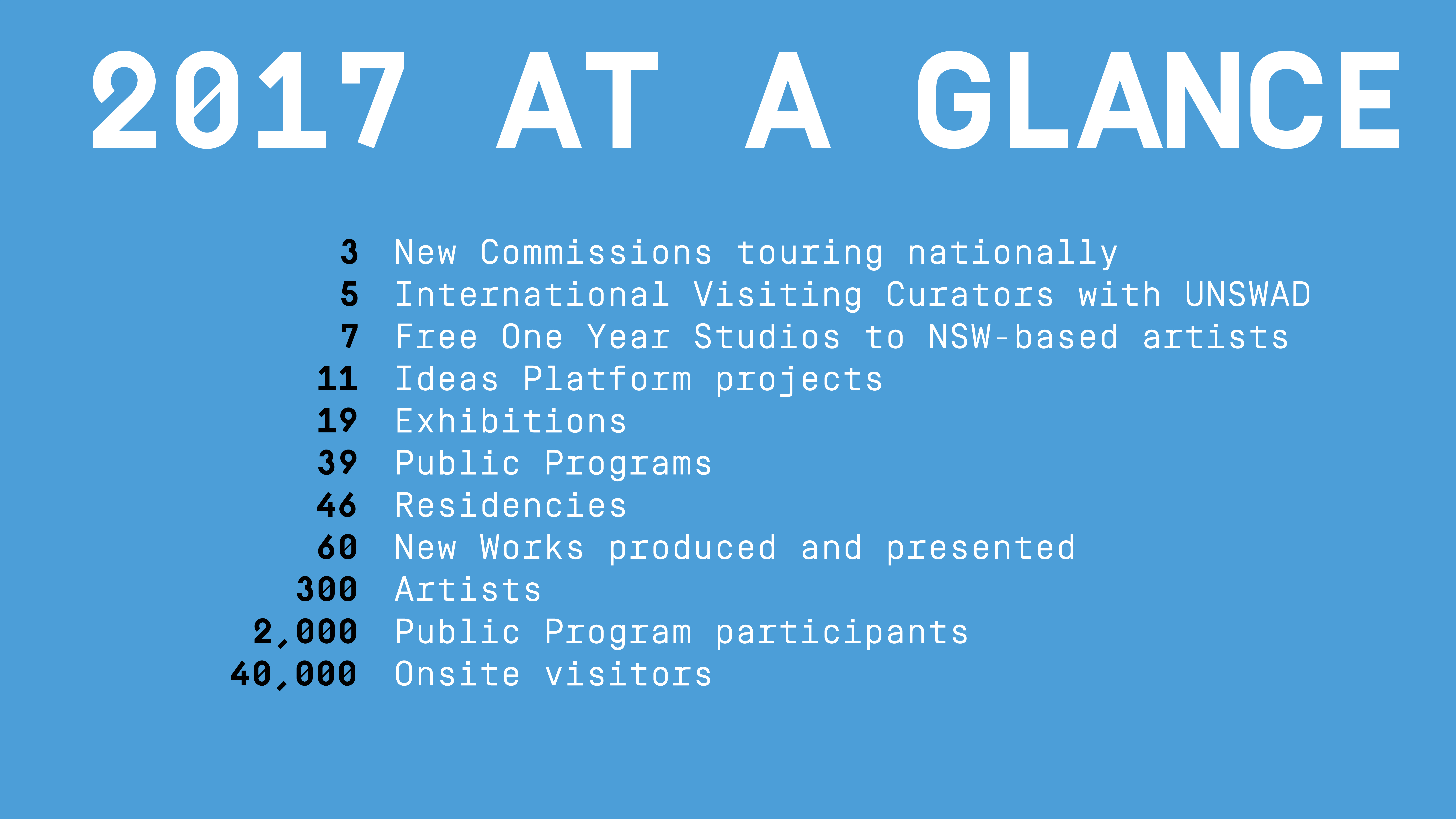