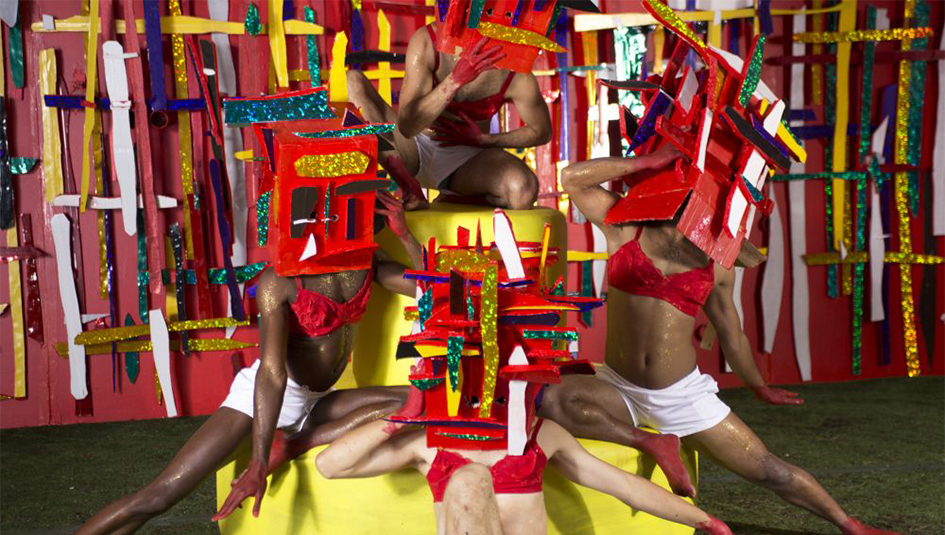 Justene Williams, 'The Joy of Life After Matisse/Madonna/Marcel', 2014; photo courtesy of the artist and Sarah Cottier Gallery, Australia.

Artspace is pleased to announce a new partnership with Performa, the biennial of new performance art in New York City and the leading organisation dedicated to exploring the critical role of live performance in the history of twentieth-century art. For Performa 15, the sixth iteration and 10th Anniversary of this biennial, Australia has been selected as a focus for the Pavilion Without Walls, an initiative developed by Performa to forge strong partnerships between New York and select countries around the world.

Artspace, in partnership with Performa, co-present Justene Williams’ The Curtain Breathed Deeply, a major commission first presented at Artspace in 2014. This lavish, sensorial installation combines video performance with multifaceted mise-en-scènes comprised of handmade sets, costumes and sculptural elements that immerse the audience and create a space of complicit spectatorship.

Drawing from her training in dance, fine art, photography and video, as well as her personal history, Williams amasses a collection of visual and aural curiosities that seduce audiences through a wealth of patterns, colours, textures and tonalities. Reimagined for Performa 15, The Curtain Breathed Deeply blends the ritualistic practices and aesthetics of Shamanism, Voodoo and Modernist Primitivism with the vernacular of hip hop and Broadway musicals; while contrasting the art historical shadows of Picasso, Leger, Klein, Flavin, and Kahlo with pop cultural figures like Milli Vanilli, as well as the motley cast of characters, objects and images drawn from a life lived in the suburbs of Western Sydney.

Justene Williams at Performa 15, co-presented by Artspace, Sydney and Performa, New York. Supported by Australia Arts Council with additional support from the NSW Government through Arts NSW; the Australian Artists’ Grant, a NAVA initiative, made possible through the generous sponsorship of Mrs Janet Holmes à Court and the support of the Visual Arts Board, Australia Council for the Arts; Sarah Cottier Gallery, Sydney; and King and Wilson Essential Art Services.