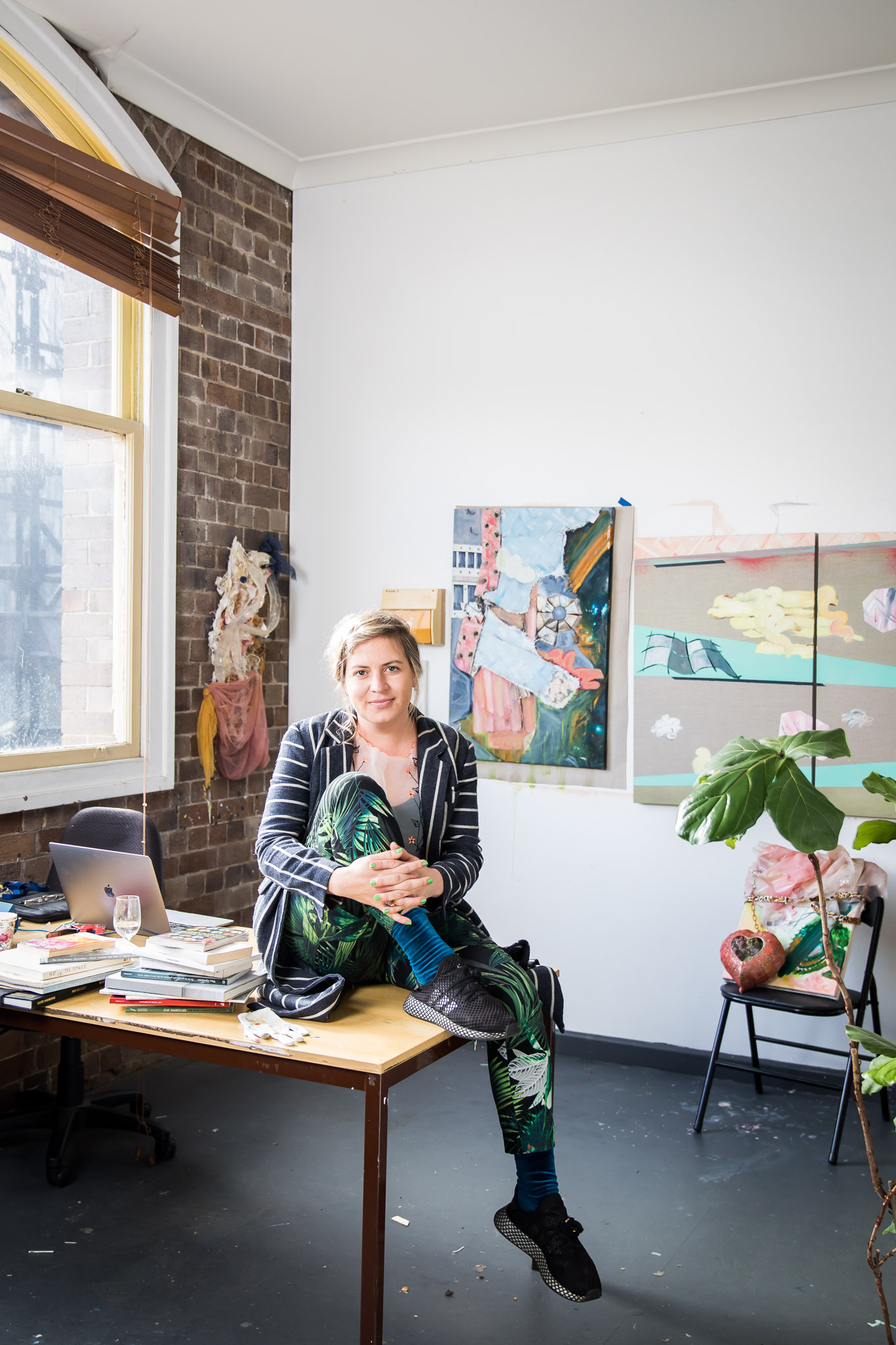 Marian Tubbs is an artist living and working on Gadigal land. Her broad research interests include vision technologies, poor materialities and language or text in art.

In 2017 her work was included in the anthology Australiana to Zeitgeist published by Thames and Hudson. In 2014, she contributed as an author to the philosophy volume Deleuze and Guattari and the Arts: Intensities & Lines of Flight published by Rowman & Littlefield International. 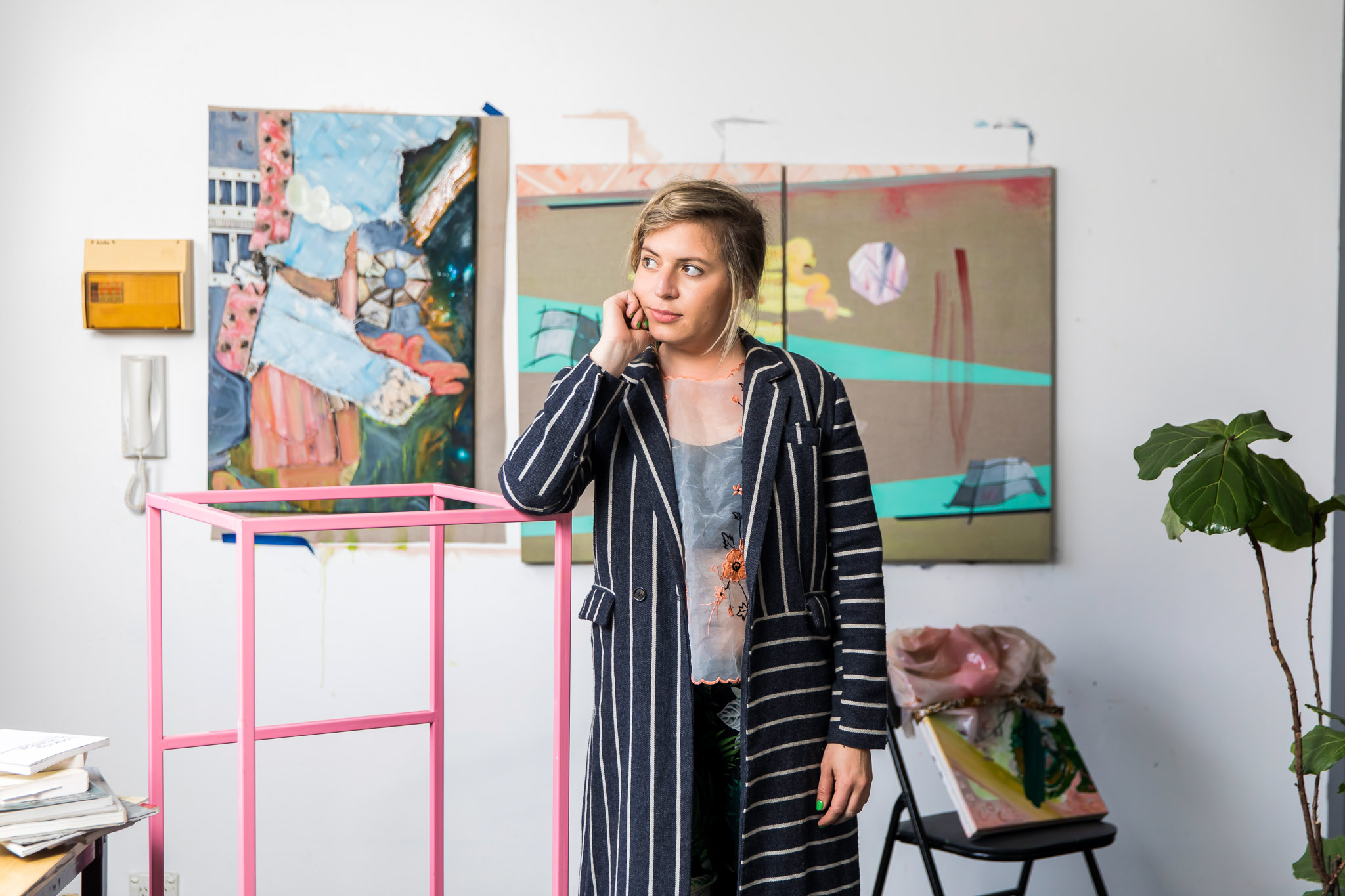 Alexie Glass-Kantor (AGK): Can you describe for us how you began practicing as an artist and the background to your practice?

Marian Tubbs (MT): I have a pretty earnest and embarrassing story [which] is that I just kind of knew…knew that there wasn’t another possibility for me. I think I was about 9, I liked the positive attention I received for drawing and painting and I remember trying to understand what the National Gallery was [and] I wanted in. Growing up I had relatives on my mother’s side that were creative, mostly what you might call ‘Sunday’ painters and an uncle who worked in sculpture but didn’t really exhibit - Michael Foley. He had a Posthumous exhibition just last year at Caloundra Regional Gallery and his work is also being recognised and installed around the Sunshine Coast where that side of the family mostly live. So it seemed to make sense that I should come along and made a full on go of it. I told my nanna I would study law or do something practical after I studied art, but I never got around to that.

AGK: And how do you describe the conceptual space or scope that you look at through your work?

MT: I look at materials as having conceptual content - where those materials come from, how they can be assembled and put together to create new meanings, humour or politics. I work through assemblage in heaps of different ways. I started as a painter thinking about how signs come together; super naïve surrealism in my teens and then I moved into thinking through the politics of discarded, poor, or girlish materiality and how this can be re-valued and brought into art, thus always thinking about what art can be, where is its edge. No matter what I do, it is always an assemblage – it might be a moving image, or it might be distilled into a sculpture – and I think about the flows of things, what matter means and how it moves around.  Currently I have been considering objects or signs for potential futuristic creatures and how they can move through space and speculate on sci-fi fertilities.

AGK: Yeah, kind of like a speculative sci-fi feminist.

MT: Yeah! And that’s been interesting. The shows I’ve been invited into to work on over the past little while have also helped inform where I take work. I love exhibiting and developing with collaborative thinking. For Abstract Sex* at Hessel Museum in Bard I made flowing copper gutters, fetishised and quite beautiful; a non-functioning glistening guttering system became a formal sculpture. For Hypersea, a show last year on a super yacht in Monaco thematically exploring water-based feminism and alternative fertilities, I made the video work Suprasubliminals that featured invented water-based creatures, dredging and fluid movements. Maybe it relates to my presence near water; I am always near water or getting into water, so it flows back into my practice, how things flow, seep, and transform.

AGK: There’s a relationship in your practice to text and the architecture and space of language, writing and a relationship to an expanded field of images and objects.

MT: Text is always in my work. Even if it's the title that has brought it together or weighs it down, makes it more obvious or obfuscating or abstract, text always plays a part. I think I look at science, materials, and language all as these informants that can come together in an assemblage and give us something new, or a different critical way of thinking about things.

AGK: What projects are you working on this year?

MT: I am going to Berlin for the art gallery weekend there with Station Gallery in an exhibition titled Ruler-rete. My work has been paired with the incredible painter Gareth Samson, which at first seemed wild but now I am understanding the curator Deidre Cannon’s wisdom and the intergenerational connections between our chaotic assemblage and painting practices. For a solo exhibition in June I am going to return to analogue oil painting on raw linen, to depict some of the virtual spaces I invent via a really stripped back method. I’m fascinated with ‘post-human’ painting which is around at the moment; that ‘perfect’ works are coming out of algorithms and printers. I’m interested in going back to really basic minimal paintings and allowing oil stains to seep across surfaces. I’m creating a new weighty bronze that began as a digital render starring in the video Suprasubliminals, sculpted in virtual space. So I work across these disparate physical outcomes with a lot of what ifs, speculative narratives, and daydreams. Motifs and text can connect and move away from another. This folds back into my interest in the poor, or the embarrassing, or permissible in art that perhaps is where poetic potential can be found. 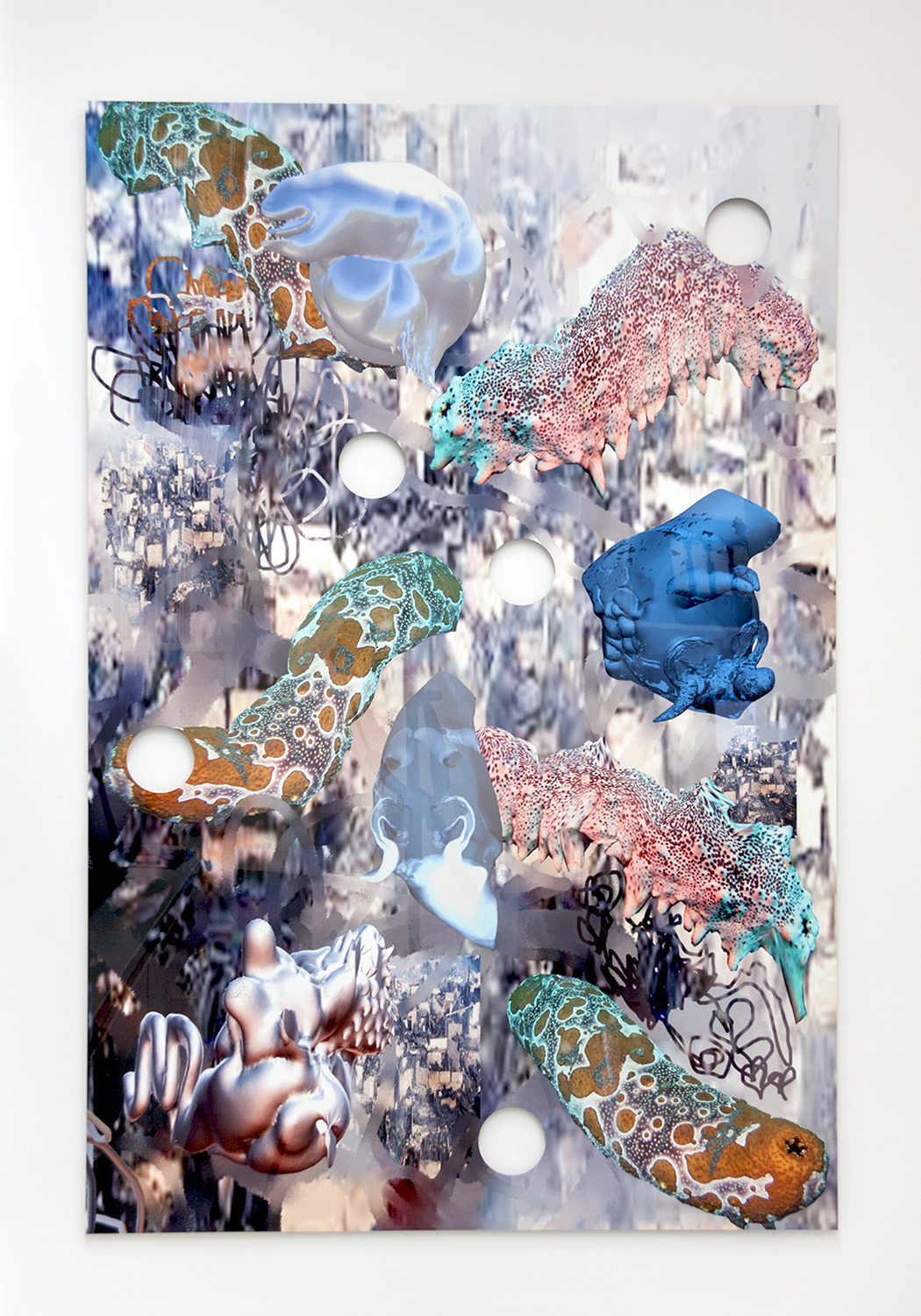 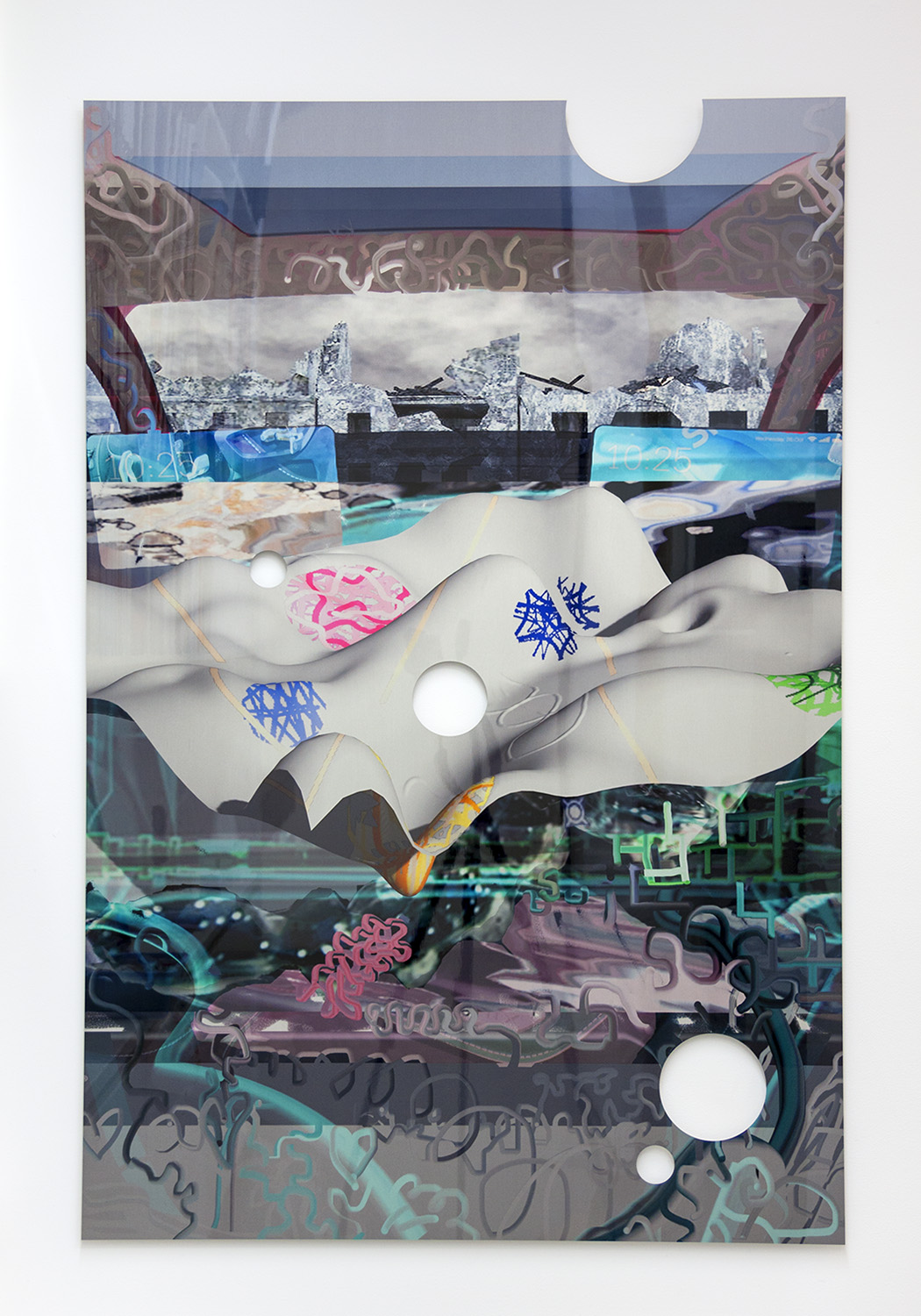 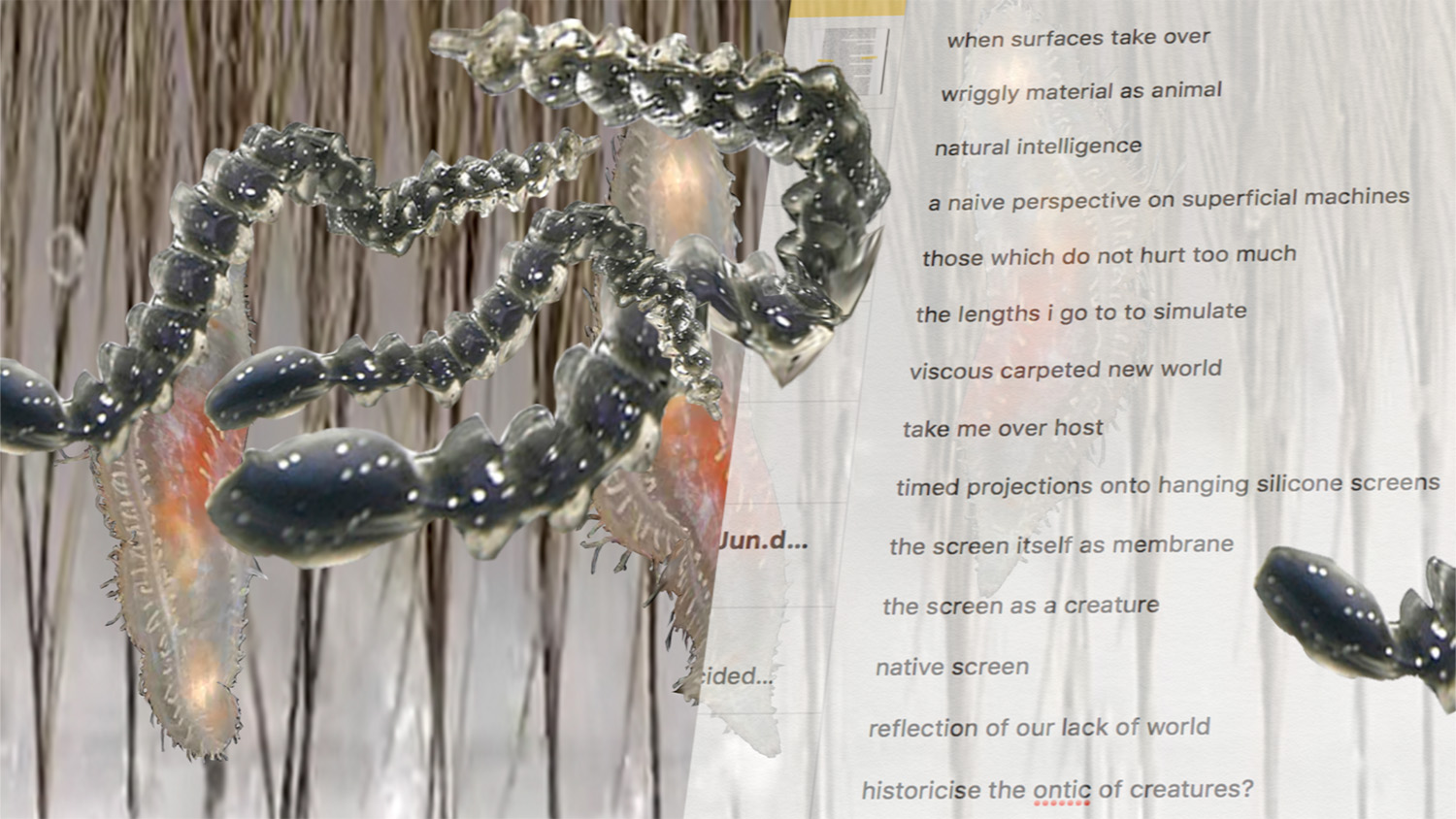 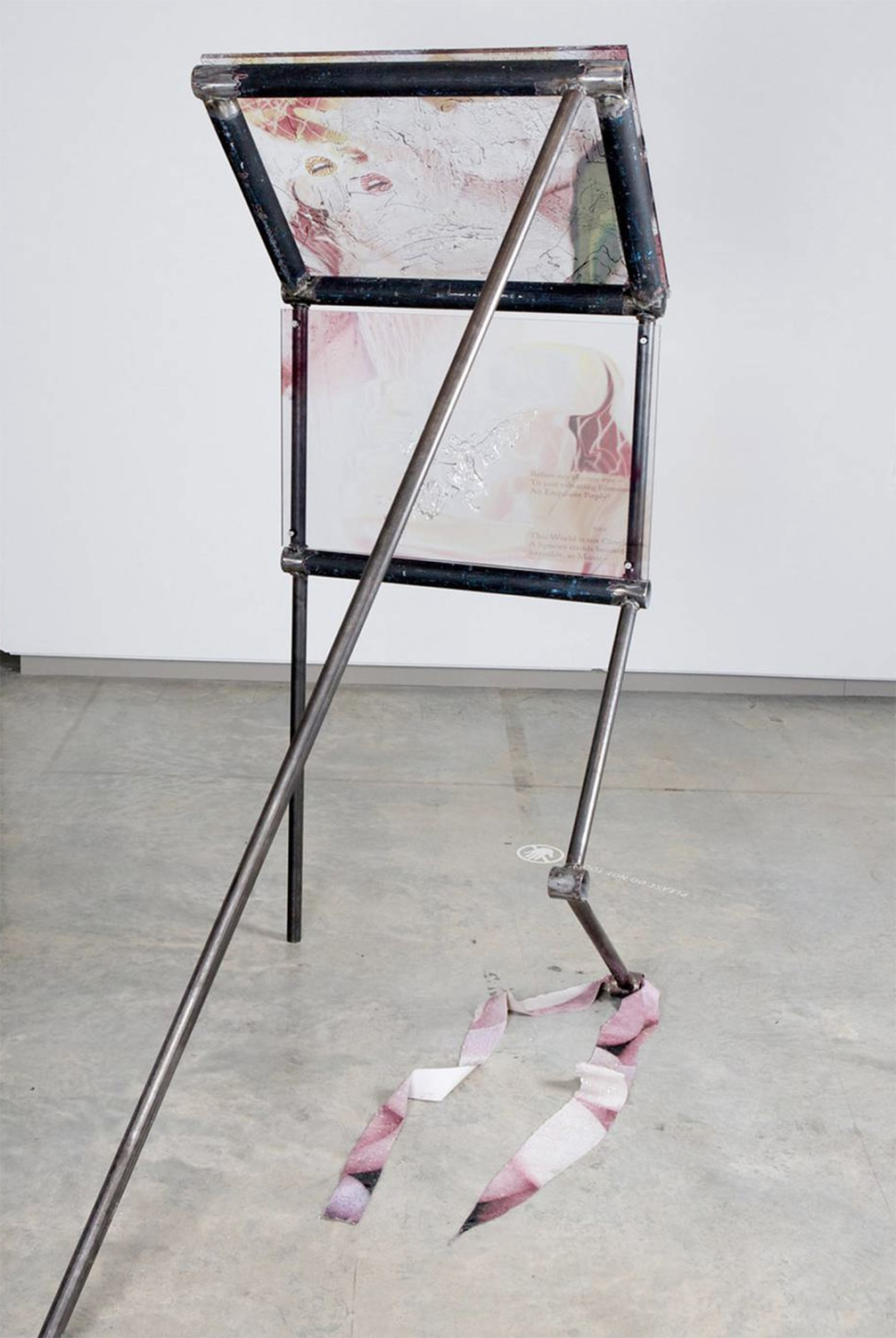 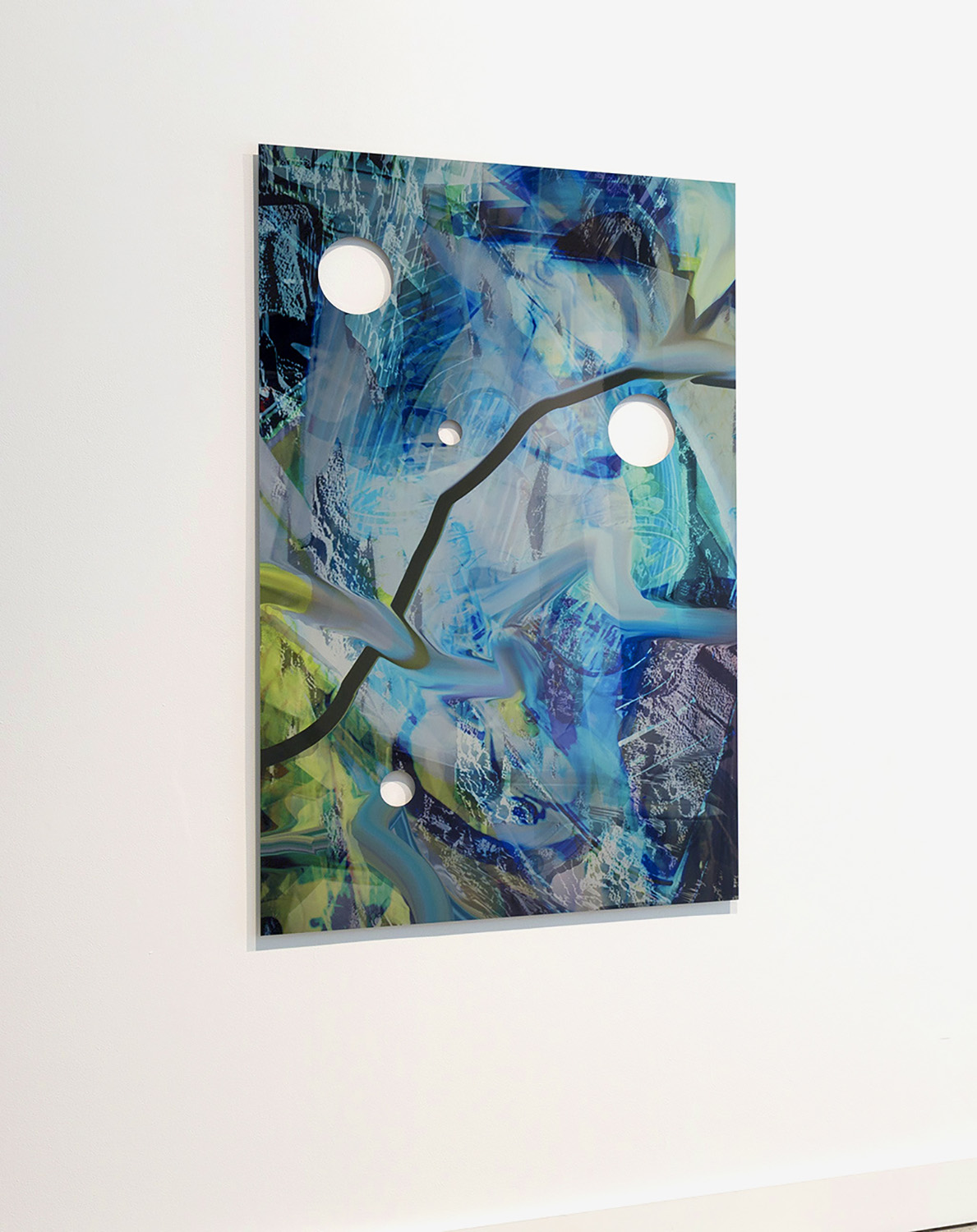 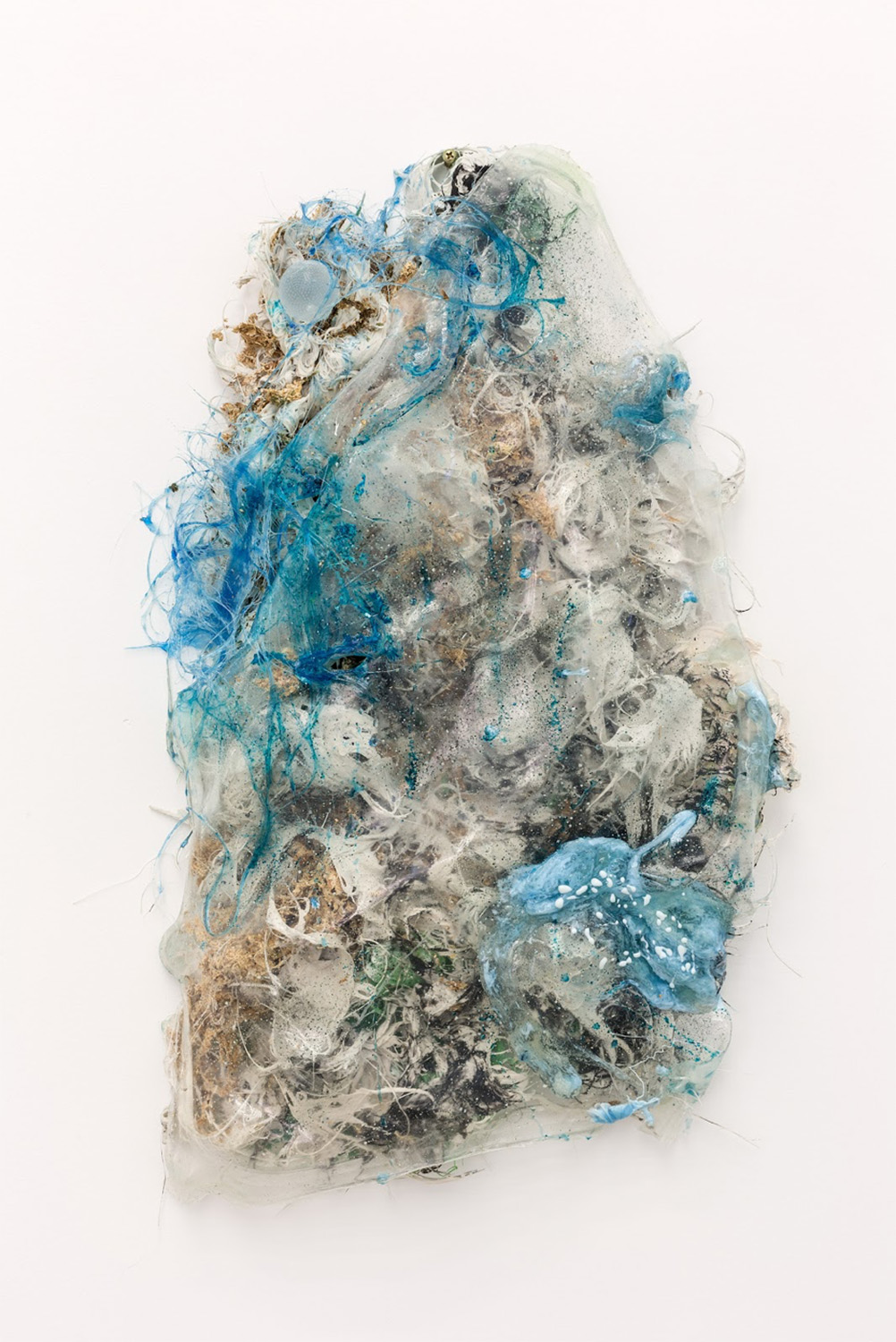