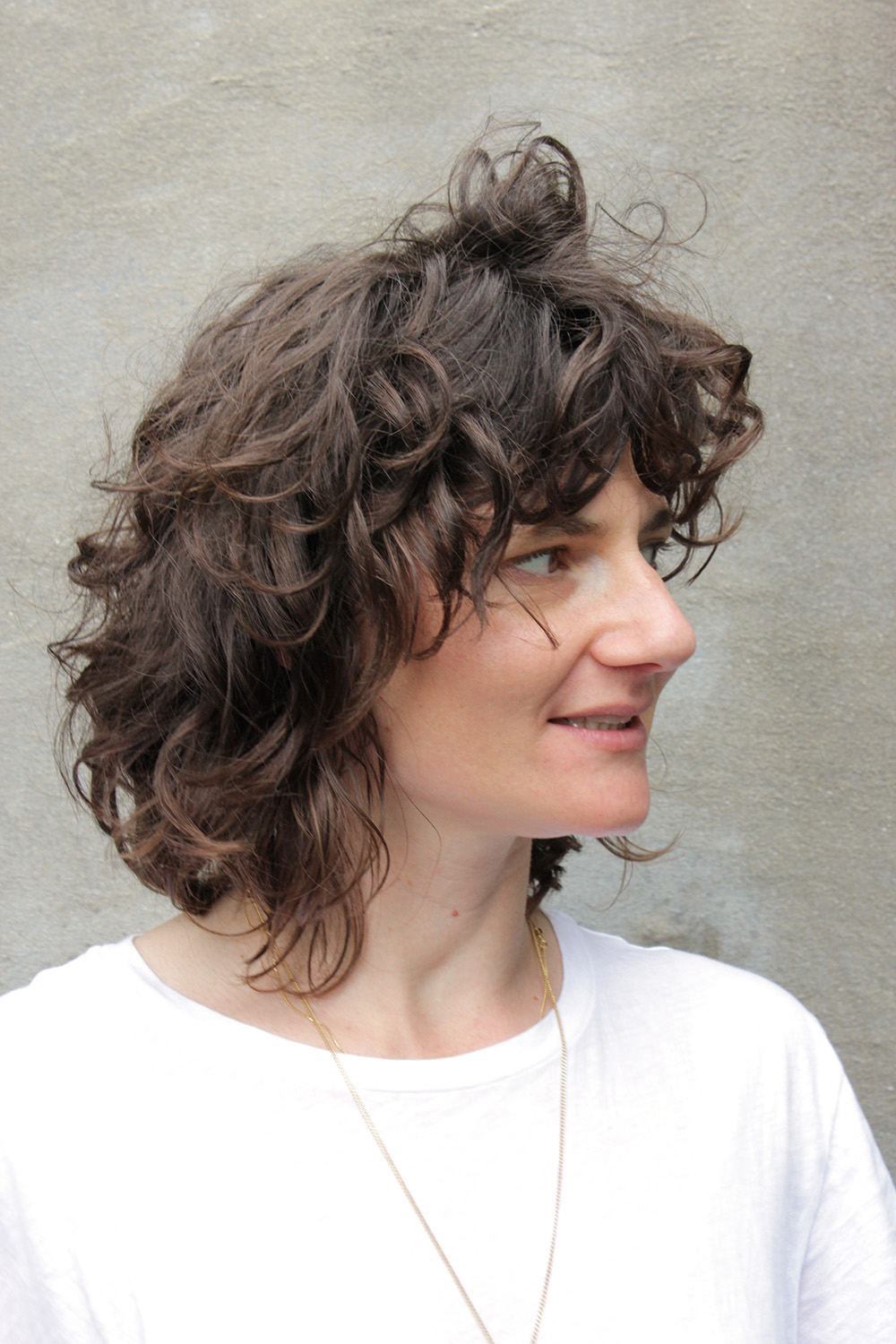 Lauren Brincat is an artist who works across diverse media from video and performance to sculpture and installation. Brincat employs moving images and soundtracks to probe historical ruptures and failures of language. Using a variety of platforms – video installation, sculpture, performance and walking scores – her work explores non-verbal modes of expression through narratives or ideas. By distancing us from a logical, direct, language-based understanding, her work opens the door to multiple perspectives and interpretations.

Brincat’s videos often portray the artist undertaking performances in relative solitude. In these works, she pushes her physical and cognitive limits following rule-based actions. The artist is known for a series of ‘walking pieces’ occurring in vastly different contexts, from empty fields, to busy urban cities, and the ocean.The artist’s video works take the form of documented and often repetitive actions. Collaboration is an important part of Brincat's practice involving shared projects with percussionists, architects, scientists, choreographers, equestrian riders and indigenous horse whisperers. Her sculptural pieces sit alone and alongside the video works often giving the moving image a tactile presence.

Her recent work is sculptural, working with textiles to create malleable forms that can be activated by participants. Brincat’s latest work is also further engaged with politics and history, taking the form of blank banners and creating sculptures out of sailcloth, invoking the sea and borders.

Brincat has lived and researched in Mexico City, Berlin, Tokyo, Paris, Stockholm, New York and assisted artist Johanna Billing in Europe and was mentored by Yoshua Okon and Cuauhtemoc Medina in Mexico City.

Alexie Glass-Kantor (AGK): Can you briefly describe for us your practice and background as an artist?

Lauren Brincat (LB): My practice varies a lot actually, from sound sculptures to performance and collaborative works. I also work across diverse medias from video and performance to sculpture and installation. I enjoy using a variety of platforms, exploring non-verbal modes of expression through my ideas and narratives. I feel that my work opens doors to multiple perspectives and interpretations, by distancing us from a logical, direct, language-based understanding.

AGK: What projects are you currently working on?

LB: I am excited to be working on The Plant Library, co-commissioned by C3West on behalf of the Museum of Contemporary Art and Landcom, which will be based out at Tallawong Metro Station. The artwork will be a direct response to that area and its surroundings  it will be a way to speak with the local community, where stories and experiences can be exchanged about local and introduced plants. It’s a living monument where I will be building furniture into greenhouses, which will be filled with plants, where we can sit within the sculpture and exchange a story for a seedling.

As well, I am working with Carriageworks and Performance Space on a project [for Liveworks] called Other Tempo. Other Tempo will be a live sculpture that will challenge the way we hear, see and think about sound and feminist performance.

The score will be a continuation of all the fabric pieces I’ve been making, made out of sail cloth, and this score moves in phases. The piece will invite a whole-body experience through drumming: the modified environment uses careful colour and sound design, stimulating a visceral experience within the architecture.

AGK: What do you hope to achieve during your time at Artspace?

LB: This studio space will allow me to develop ideas and projects that I’ve been thinking about for a while  to bring ideas into fruition. For example, I started a collage work with yellow press in Mexico City in 2012 and I am looking forward to bringing that content through into a realised work. Also having the studio so close to home really allows me to utilise my time to the maximum potential. I am designing a series of large fabric scores and they will be part of a bigger project for 2020. So having this space means I have an office, I have a second bedroom, I have a second kitchen, I have my own solo space that I can fill up with whatever I like to make work and to truly think clearly, or not, in a space with a water view! I also want to use the space to host music concerts and serve small samosas and cups of tea. 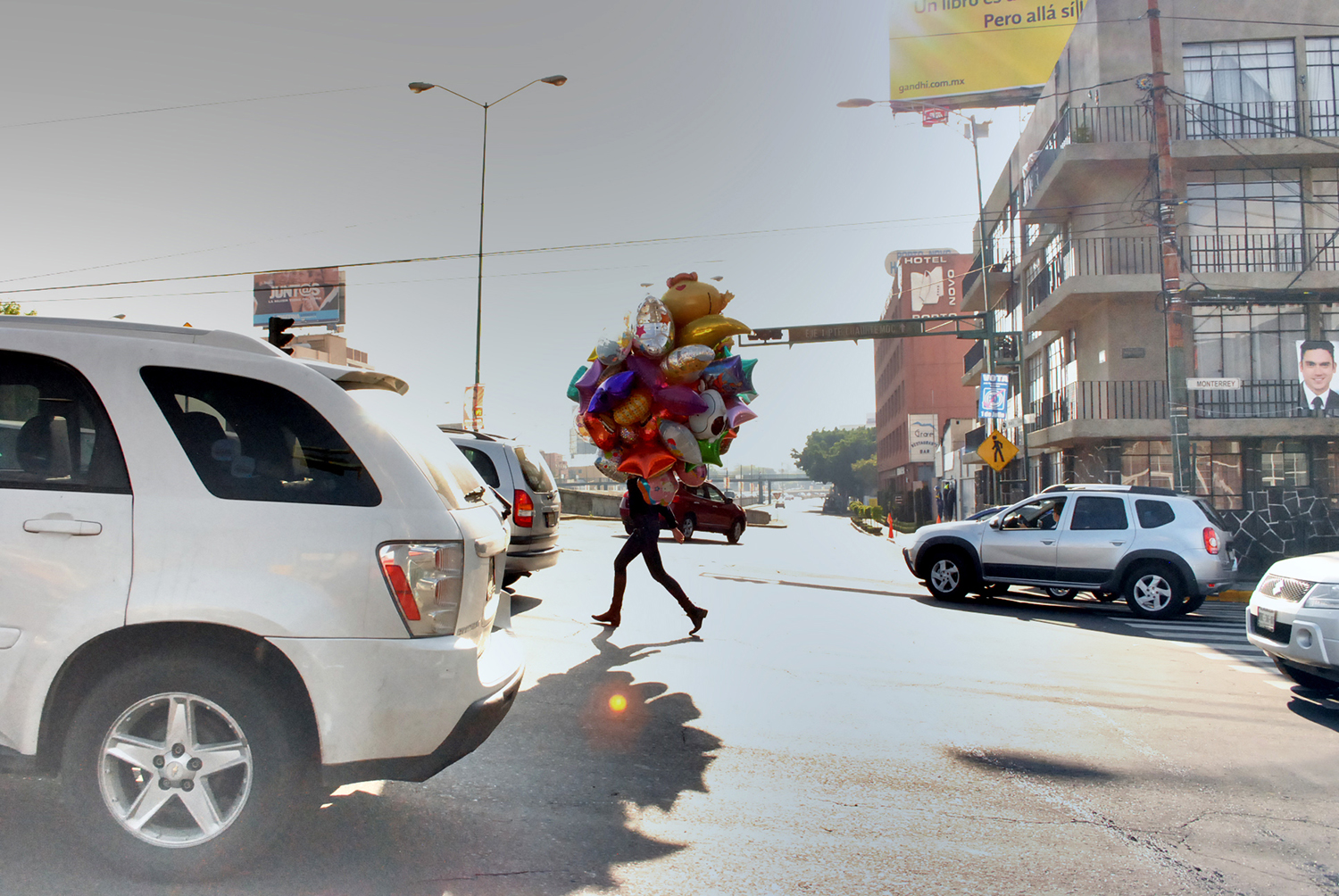 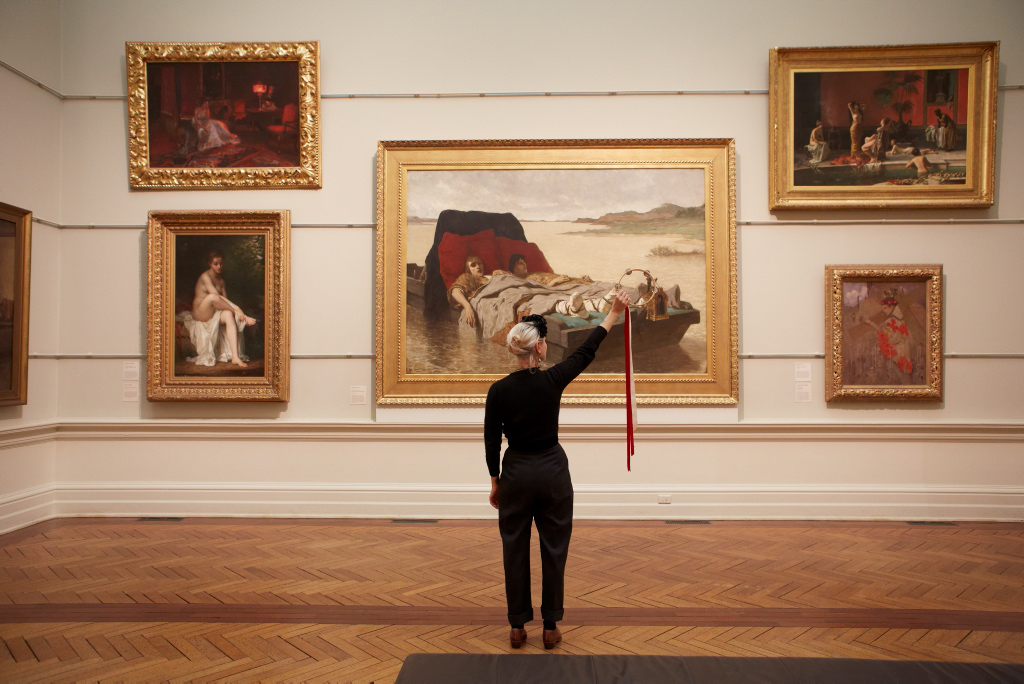 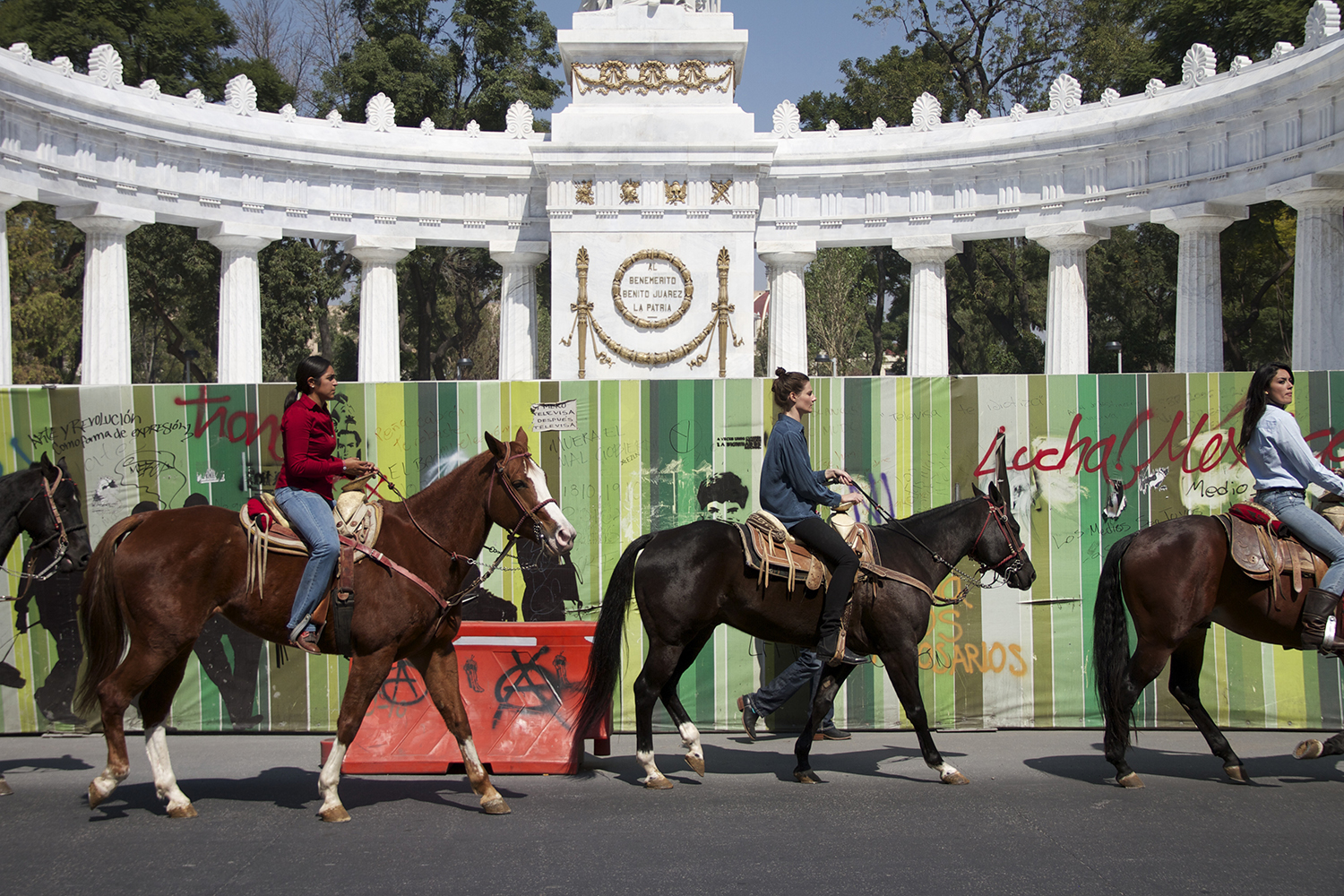 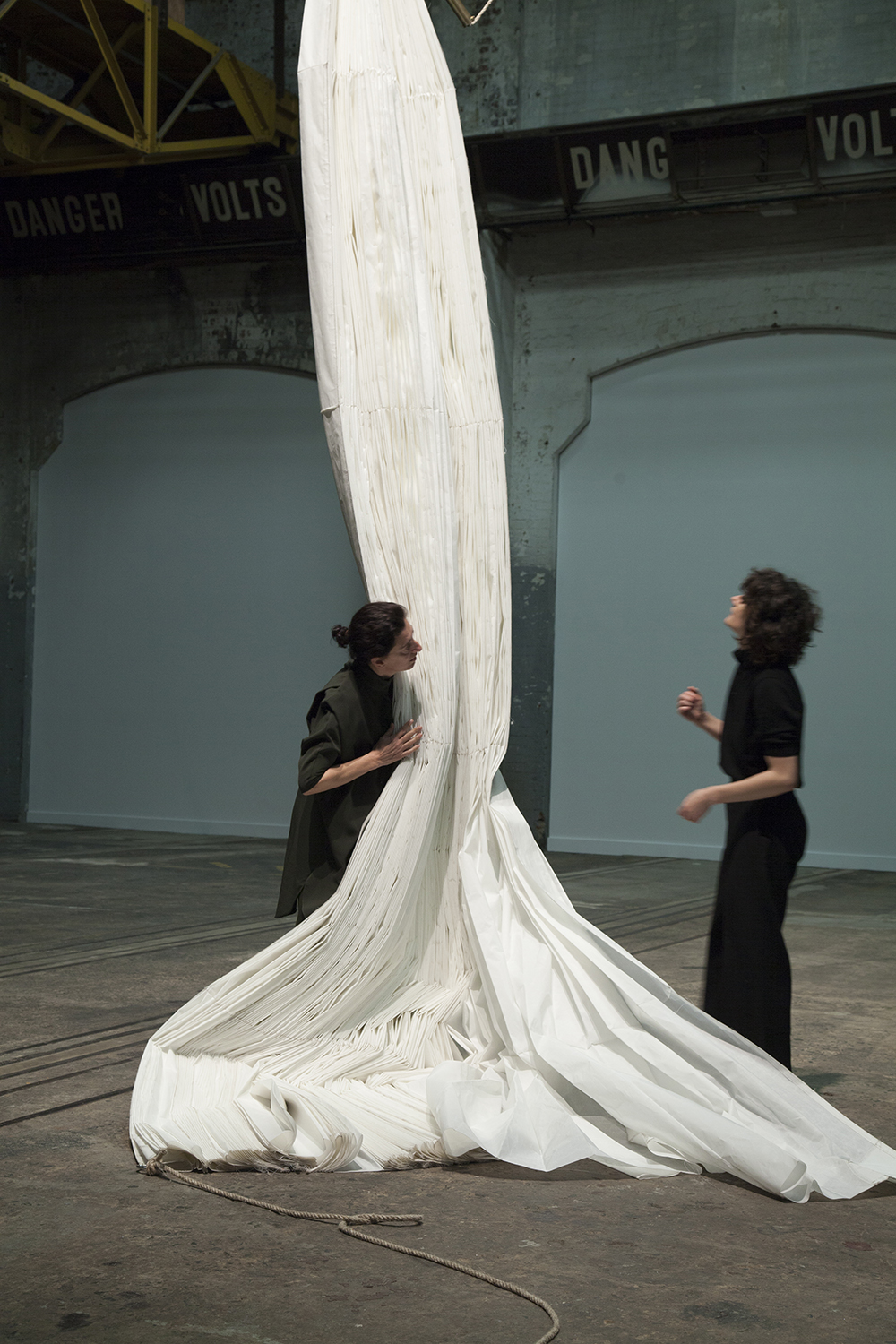