Register here for the talk 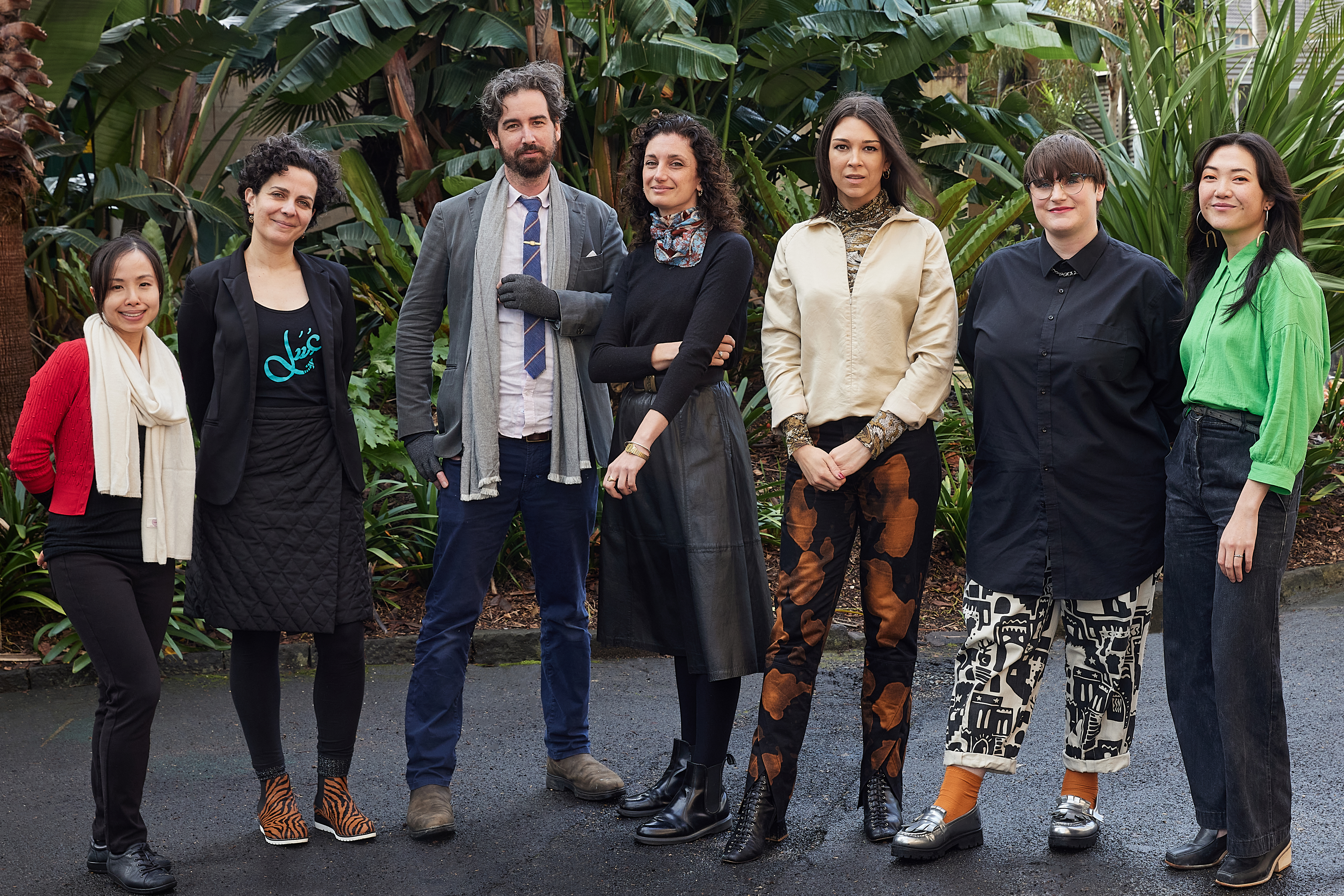 Eddie Abd (she/her) is an artist and arts worker living and working on unceded Darug and Gundungurra lands in the Blue Mountains region.

Eddie is interested in self representation as a means to situate the self within wider historical, cultural and political contexts. She works with video and digital imaging as an extension of her painting practice.

Eddie was awarded the 2021 Blake Emerging Artist Prize and was a 2022 Australia Council for the Arts Biennale delegate.

Born in Lebanon in 1979, Eddie studied Fine Arts (Painting) at the Lebanese University. After moving to Australia in 2001 she completed a Bachelor of Digital Media at the College of Fine Arts, University of New South Wales. 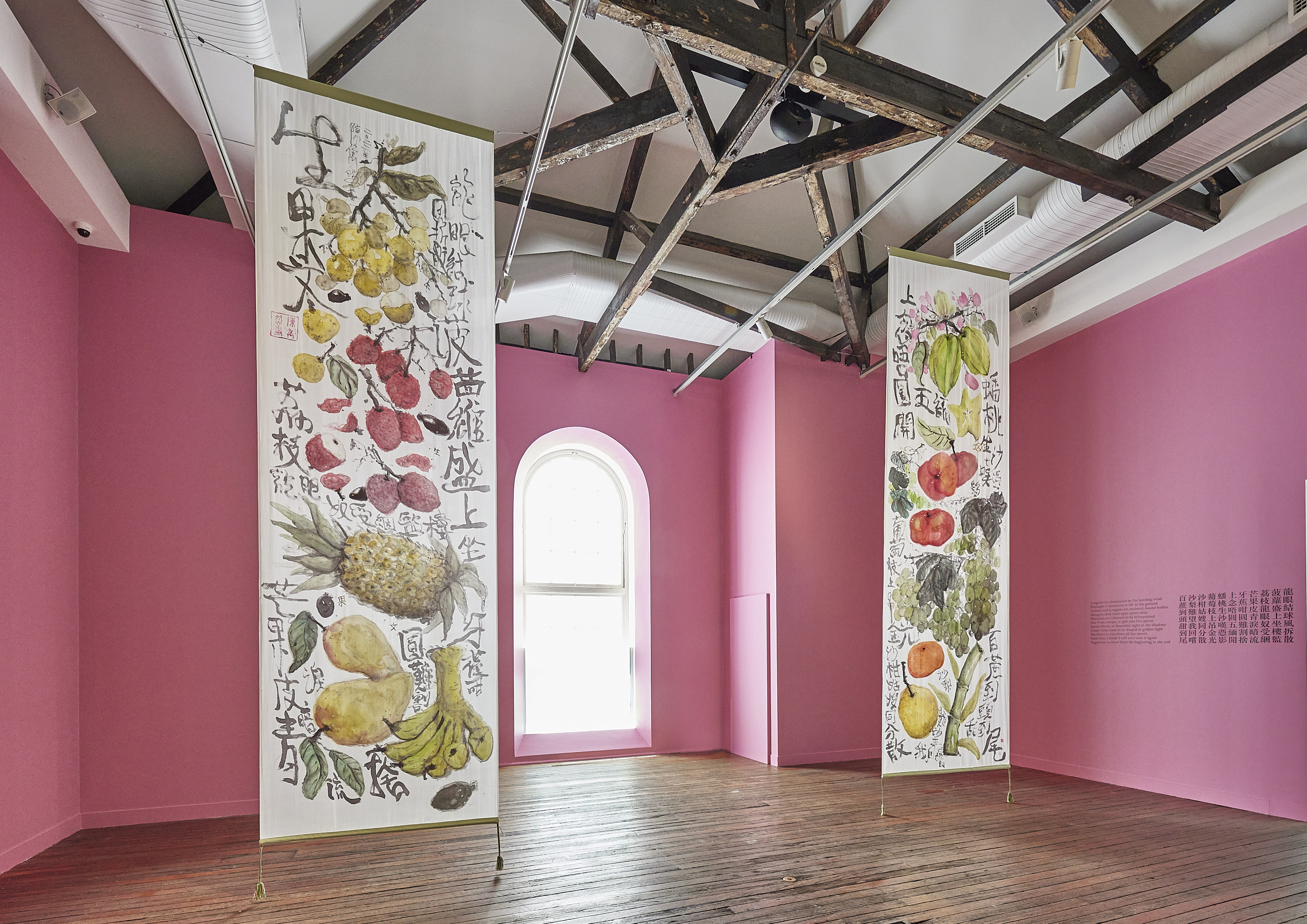 Cindy Yuen-Zhe Chen is an Australian-Chinese artist who lives and works on unceded Wallumattagal, Gai-mariagal and Gadigal Countries. Her practice examines how embodied listening and sounding can extend experimental drawing as a multi-sensory and emplaced process. Through interactions with the stories, surfaces, people and atmospheric contingencies of places, Chen develops drawing, listening and sounding as interconnected practices that engender connections and enact distinct senses of places. As the recipient of the University Postgraduate Award, Chen completed a Doctor of Philosophy in Art, Design and Media at the University of New South Wales Art and Design. Chen has presented her research internationally in England and China.

In 2022, Chen was commissioned by 4A Centre for Contemporary Asian Art to produce Spaces to stir, a solo exhibition presented in partnership with the Australian National Maritime Museum, Sydney. In December 2018, Chen held a solo exhibition at Ningbo Museum of Art, China.

Joe Wilson and Chanelle Collier are a partnership based in Sydney. Their shared practice is generative, built around ideas and interests in relational exchange, dialogue, agency and labour. They work alongside galleries and institutions using image, object, and sound. Their work acts as a testing ground to explore strategies of criticality and care.

Recent collaborative projects include This is not a love song, which explores the bodily encounter with museum structures; Play something else cowboy, which imparts agency through direct conversation; and Summer of 68, which researches the language of resistance.

Wilson has a First Class Honours and Master of Fine Art by Research, National Art School, Sydney, 2017. He was selected as a finalist for Hatched, PICA, 2017. Collier was a finalist in the Woollahra Small Sculpture Prize, 2011 and 2012; Fishers Ghost Award, 2011; Deakin University Contemporary Small Sculpture Award, 2012; and the Libris Award, 2013.

Emily Parsons-Lord’s practice is concerned with air and explosions.

Air is simultaneously local and global, encompassing the effects of breathing as well as the impacts of polluters and policy makers. The air catches the explosions of industry, tracing invisible paths on the surface of the world as heavy metal pollution, monuments of our anthropogenic climate crisis. Parsons-Lord uses the materials of the climate crisis to interrogate the experience of witnessing spectacular collapse.

Politically potent and yet lyrical, her work allows you to simultaneously grasp planetary and atomic scales, and to slide through time and space with whimsy. Recent projects include recreating the air from past eras in Earth’s evolution, generating starlight in coloured smoke, and experimenting with pheromones, aerogel, and explosions.

Felix Reynolds was the recipient of the 2019 Sunshine Coast Residency Award and the 2016 Paddington Young Artist Award. She has been a finalist in the Ravenswood Prize and the Churchie Emerging Prize and has exhibited both nationally and internationally, participating in exhibitions at Gallery Pompom, Sydney; Brisbane Powerhouse; Michael Reid, Sydney; Gallery of Modern Art, Brisbane; Chasm Gallery, New York; Mana Contemporary, Jersey City, USA; and Durden and Ray, Los Angeles, among others.