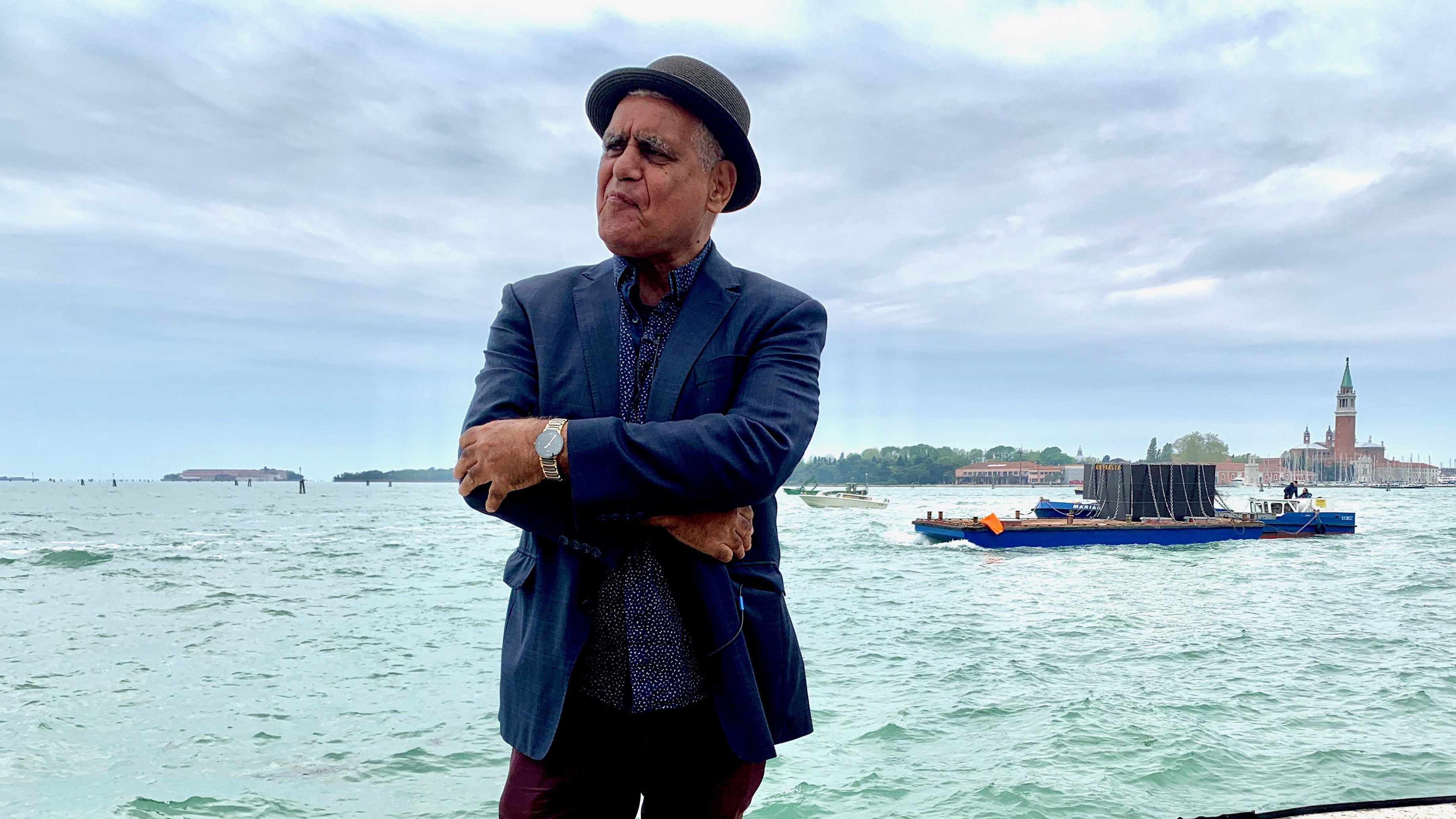 During this year's Venice Biennale, artist Richard Bell wrapped a replica of the Australian Pavilion in chains, put it on a barge, and sailed it through the Venetian lagoon. In conjunction, Bell also presented his ongoing project Embassy (2013-), pitching a tent in Venice's Giardini.

Both art spectacle and critique, Bell’s Venice project began after he was shortlisted – but not selected – to be Australia’s official representative at the Venice Biennale. The project, which was driven by inclusivity and true community spirit as an act of art activism, was initially funded by the artist himself, Milani Gallery and a crowd funding campaign. The Australia Council for the Arts and Arts QLD also supported the project.

Join Bell in conversation with Larissa Behrendt, Distinguished Professor and Director of Research and Academic Programs at the Jumbunna Indigenous House of Learning at the University of Technology Sydney, as he shares the stories surrounding this monumental feat. This discussion will explore working outside institutional frameworks, the impacts of colonialism and global capitalism, and responses to Bell's project from invited guests, leading First Nations artists and academics from around the globe.

Working across a variety of media including painting, installation, performance and video, Richard Bell is one of Australia’s most significant artists. He grew out of a generation of Aboriginal activists and has remained committed to the politics of Aboriginal emancipation and self-determination. Bell is represented in most major Australian National and State collections, and has exhibited at important institutions including the Stedelijk Museum, Amsterdam, 2016; 20th Biennale of Sydney, 2016; 8th Asia Pacific Triennial of Contemporary Art, Queensland Art Gallery | Gallery of Modern Art, Brisbane, 2016; 16th Jakarta Biennale, 2015–16; and Performa 15, New York City, 2015.

Distinguished Professor Larissa Behrendt is a Eualayai/Gamillaroi woman and Director of Research and Academic Programs at the Jumbunna Indigenous House of Learning at the University of Technology, Sydney. She is a graduate of the UNSW Law School and has a Masters and SJD from Harvard Law School. She is a Fellow of the Academy of Social Sciences in Australia and a founding member of the Australian Academy of Law. She has published numerous textbooks on Indigenous legal issues. Larissa is an award-winning filmmaker and won the 2018 Australian Directors Guild Award for best Direction of a Documentary Film for After the Apology. Larissa won the 2002 David Uniapon Award and a 2005 Commonwealth Writer’s Prize for her novel Home. Her second novel, Legacy, won a Victorian Premiers Literary Award. Her most recent book is Finding Eliza: Power and Colonial Storytelling (2016, UQP). She is a board member of the Sydney Festival, the Sydney Community Fund and a member of the Major Performing Arts Panel of the Australia Council. Larissa was awarded the 2009 NAIDOC Person of the Year award and 2011 NSW Australian of the Year. She is the host of Speaking Out on ABC Radio.