The Contemporary Art Centre of South Australia’s symposium Shifting Sands brings to Australia eleven international commentators who will present—in both Sydney and Adelaide—cultural issues critical to the Middle Eastern/North Africa (MENA) region currently consumed by dramatic change. Engaging developments greater than the ‘Arab Spring’, this ‘Meeting’ of international critics, curators, writers and directors has as its points of reference ‘Politics and culture’; artists and ‘The Revolution’; media, censorship and resistance; ‘Cultural exchange’ and The ‘Arab Contemporary’.

While Australia—distanced from such turbulence—has some connectivity with the MENA region through its military and immigration histories over two centuries, the majority of its professional cultural practice remains focused predominantly upon the Euro-American ideal, happily supported by a long-established infrastructural platform of government funding and public patronage. Given the current dynamic of regional and national turmoil, some current art practices from the MENA region have as their catalyst multiple layers of historical and contemporary socio-political concerns that on the surface, and from physically removed perspectives (such as Australia), would seem to deny or arrest the pursuit of art making. Nonetheless, MENA artists continue to make art and organisations continue to present them both, to international recognition and acclaim.

Shifting Sands, conceived by CACSA Executive Director Alan Cruickshank after four years research in the region, has been assisted by the Visual Arts Board of the Australia Council, and the Council for Australian- Arab Relations (CAAR), Department for Foreign Affairs & Trade, Canberra, and is presented in conjunction with Artspace Visual Arts Centre and Campbelltown Arts Centre, Sydney.

BASAK SENOVA is a curator and designer. She has been writing on art, technology and media, initiating and developing projects and curating exhibitions since 1995. Senova is the editor of art-ist 6, Kontrol Online Magazine, Lapses book series, UNCOVERED and Aftermath among other publications; and an editorial correspondent for Ibraaz. Senova was the curator of the Pavilion of Turkey at the 53rd Venice Biennale (2009) and lectured as assistant professor at the Faculty of Communication, Kadir Has University, Istanbul (2006-10).

EYAD HOUSSAMI is a Beirut-based theatre director, writer, and researcher. He is the founder and director of Masrah Ensemble, a nonprofit theatre organisation, and managing editor of Portal 9: Stories and Critical Writing about the City, an Arabic-English journal. He recently edited Doomed by Hope: Essays on Arab Theatre (Pluto Press and Dar Al Adab 2012), a collection of Arabic-English essays on contemporary theatre and performance that brings together the cultural and intellectual expressions of the vast and nuanced field of Arab theatre.

NAT MULLER is an independent curator and critic based in Rotterdam. Her main interests include the intersections of aesthetics, media and politics; media art and contemporary art in and from the Middle East. She is a regular contributor to Springerin and MetropolisM. Her writing has been published in Bidoun, Art Asia Pacific, Art Papers, Canvas, X-tra Majalla, ARTPulse, Daily Star, De Gids, De Volkskrant, Art Margins and Harper’s Bazaar Arabia. She has also written numerous catalogue and monographic essays on artists from the Middle East. In 2012 she curated Spectral Imprints for the Abraaj Group Capital Art Prize 2012. Nat Muller is editorial correspondent for Ibraaz and most recently was a speaker on BBC World’s award-winning program The Doha Debates.

SHEYMA BUALI is an independent writer and researcher based in London. Her interests include popular relationships with social and political visual documents; urban studies of the Arab Gulf; and Arab cinemas. She is a Culture Correspondent for the pan-Arab daily newspaper Asharq AlAwsat and an Editorial Correspondent for online visual culture forum Ibraaz. Her work has appeared in publications including Harpers Bazaar Art Arabia, Little White Lies, The Journal of the Royal Anthropological Institute, AlArabiya and a number of artist and exhibition catalogues. Buali holds an MA in Critical Media and Culture Studies from the School of Oriental and African Studies, University of London. Prior to this, she worked for 10 years in a range of roles in TV, film and documentary production in Boston, Los Angeles and her native Bahrain.

DIANA ABOUALI is head of research and collections at the Palestinian Museum in Ramallah, Palestine (opening Autumn 2014). Previously, she was assistant professor in the Department of Asian and Middle Eastern Languages and Literatures at Dartmouth College, where she taught courses on Middle Eastern culture and civilisation for eight years. Diana’s research interests include the social and cultural history of Palestine in the Ottoman period. She has published in Crusades, Journal of Palestine Studies, and in the Oxford Encyclopedia of the Modern World. Since moving to Ramallah, her research interests have broadened to include the nexus between art, culture and politics in Palestine, and the role museums can play in giving expression to national identity in the absence of a national state. She is a graduate of Wellesley College (BA) and Harvard University (PhD).

LARA BALADI is an Egyptian-Lebanese artist born in Beirut, raised in Cairo and Paris, and educated in London. She has lived in Egypt since 1997. Baladi publishes and exhibits worldwide. Her body of work encompasses photography, video, photo collages and digital montages, installations, architectural constructions, tapestries, sculptures and perfume. During the 2011 Egyptian uprising, Baladi co- founded two media initiatives: Radio Tahrir and Tahrir Cinema. Both projects were inspired and informed by the eighteen days that toppled Mubarak’s leadership. Tahrir Cinema served as a public platform to build and share a video archive on and for the revolution. Baladi is a member of the Arab Image Foundation since its creation in 1997.

AARON CEZAR is the founding Director of Delfina Foundation, where he develops and oversees its interrelated program of residencies, exhibitions and public platforms. Over the last six years, he has positioned Delfina Foundation as a meeting point and incubator of creative talent, forming partnerships with leading institutions internationally. Independently and through Delfina Foundation, he sits on numerous boards, committees and advisory groups such as All Change Arts, Shubbak, the Young Arab Theatre Fund, the Marrakech Biennale, the Jarman Award 2012, among many others.

VALI MAHLOUJI trained first in archaeology and philology and later as a psychoanalyst and is a London-based independent curator, writer, translator and designer. Vali is independent curatorial adviser on the modern/contemporary Iranian collections and educational program at the British Museum. In 2008 he was curator and associate producer of Iran: New Voices at the Barbican Arts Centre; in 2005 he collaborated with the London Film School, the British Film Institute, Victoria & Albert Museum and Channel 4 in the production of a London-wide program of events entitled Abbas Kiarostami: Visions of the Artist. His writings have been published by the Sharjah Biennial (2011), Krinzinger Gallery (2011); National Museum of Contemporary Arts Athens (2009); Galerie Thaddeaus Ropac (2009/10/11); City University New York CUNY (2009); The London Middle East Institute; and The Guardian. As an independent curator and writer he has also worked with the Delfina Foundation (2010/11); Niccolo Sprovieri Gallery (2011); Kalfayan Gelleries Athens (2011); Saatchi Gallery (2010), Isabelle van den Eynde Gallery (2010/11), Guggenheim (2009).

ANIA SZREMSKI is Curator, and researcher/writer at Townhouse—(established in downtown Cairo in 1998 as an independent, non- profit art space which aims to support and expand the knowledge, appreciation and practice of contemporary arts in Egypt and the region)—where she began researching Egyptian art during the transition from socialism to free market capitalism on a Fulbright grant. Ania Szremski is a dual M.A. candidate in Modern Art History, Theory and Criticism and Arts Administration and Policy at the School of the Art Institute of Chicago. She holds a B.A. in Art History and Comparative Literature from the American University of Paris. She writes for the Egypt Independent, the sister English-language publication of Al-Masry Al-Youm daily, the country’s flagship independent paper which provides Egypt and the world with high-quality, in-depth content about the political, economic, social and cultural landscape of the country. 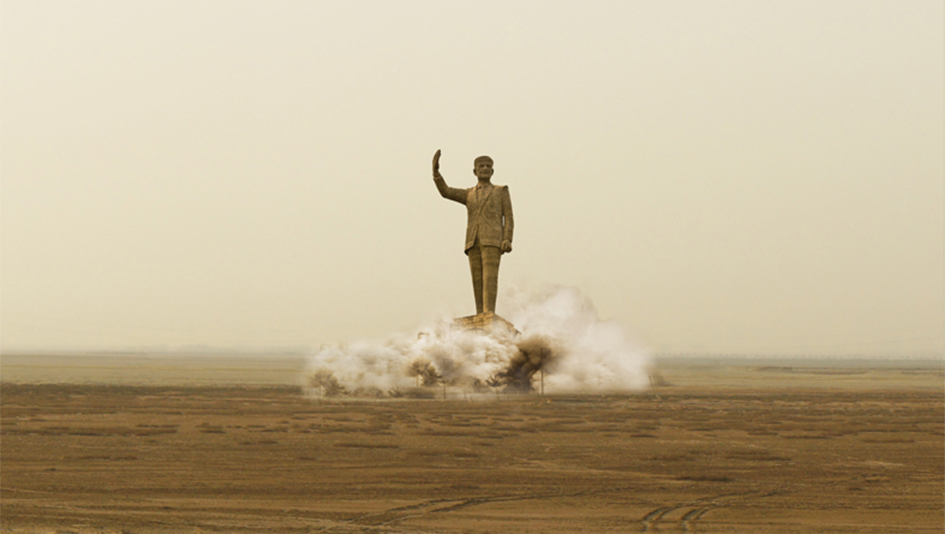