Join Nikos Papastergiadis, Brad Buckley and John Conomos in a public conversation at Artspace regarding the philosophical basis, function and purpose of the contemporary art school on the occasion of the Australian launch of Buckley and Conomos’ new book, Rethinking the Contemporary Art School.

Rethinking the Contemporary Art School examines the reasons for the art school and its continued existence, its role in society and what should be taught and learned in the context of what is now a globalised art world. The book considers different art school models—innovative graduate programs, independent stand-alone schools and art schools which are departments or schools of major research universities and the problems they face operating in what James Elkins describes as "marginalized in university life." Rethinking the Contemporary Art School sheds light on the debates surrounding the appropriate terminal degree for university-level teaching in the arts and concludes with essays on new media, examining whether the contemporary art school offers the right context for this discipline. Edited by Brad Buckley and John Conomos, the anthology includes contributions from Su Baker, Bruce Barber, Mikkel Bogh, Juli Carson and Bruce Yonemoto, Edward Colless, Jay Coogan, Luc Courchesne, Sara Diamond, Lauren Ewing, Gary Pearson, Bill Seaman, and Jeremy Welsh.

Nikos Papastergiadis is Professor at the School of Culture and Communication at the University of Melbourne. His current research focuses on the investigation of the historical transformation of contemporary art and cultural institutions by digital technology. His publications include Modernity as Exile (1993), Dialogues in the Diaspora (1998), The Turbulence of Migration (2000), Metaphor and Tension (2004) Spatial Aesthetics: Art Place and the Everyday (2006) as well as being the author of numerous essays which have been translated into over a dozen languages and appeared in major catalogues such as those accompanying the Sydney, Liverpool, Istanbul, Gwanju, Taipei and Lyon Biennales.

Brad Buckley is an artist, and Associate Professor at Sydney College of the Arts, the University of Sydney, where he was until recently Director of Graduate School. He was educated at St Martin’s School of Art, London, and the Rhode Island School of Design. He is also co-editor, with John Conomos, of Republics ofIdeas (2001). Buckley’s work has been shown internationally for over two decades.

John Conomos is a media artist, critic and writer, and Senior Lecturer in film and new media studies at Sydney College of the Arts, University of Sydney. A frequent contributor to local and overseas film, cultural and media journals for the past two decades, he was a founding editor of the time-based media arts journal Scan+ and editor, with Brad Buckley, of Republic of Ideas (2001). Conomos’s videotapes and installations have been widely exhibited throughout Australia, Europe, the United States of America and Latin America, and in 2000 he became a recipient of a Australia Council for the Arts New Media Fellowship. His book, Mutant Media: Essays on Cinema, Video Art and New Media was published by Artspace and Power Publications in 2007. 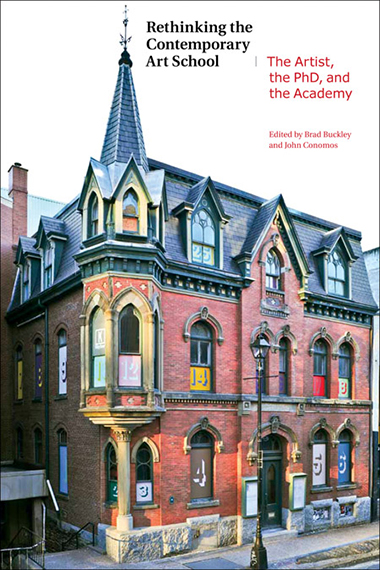