Centre of the Centre

Centre of the Centre
Mel O'Callaghan 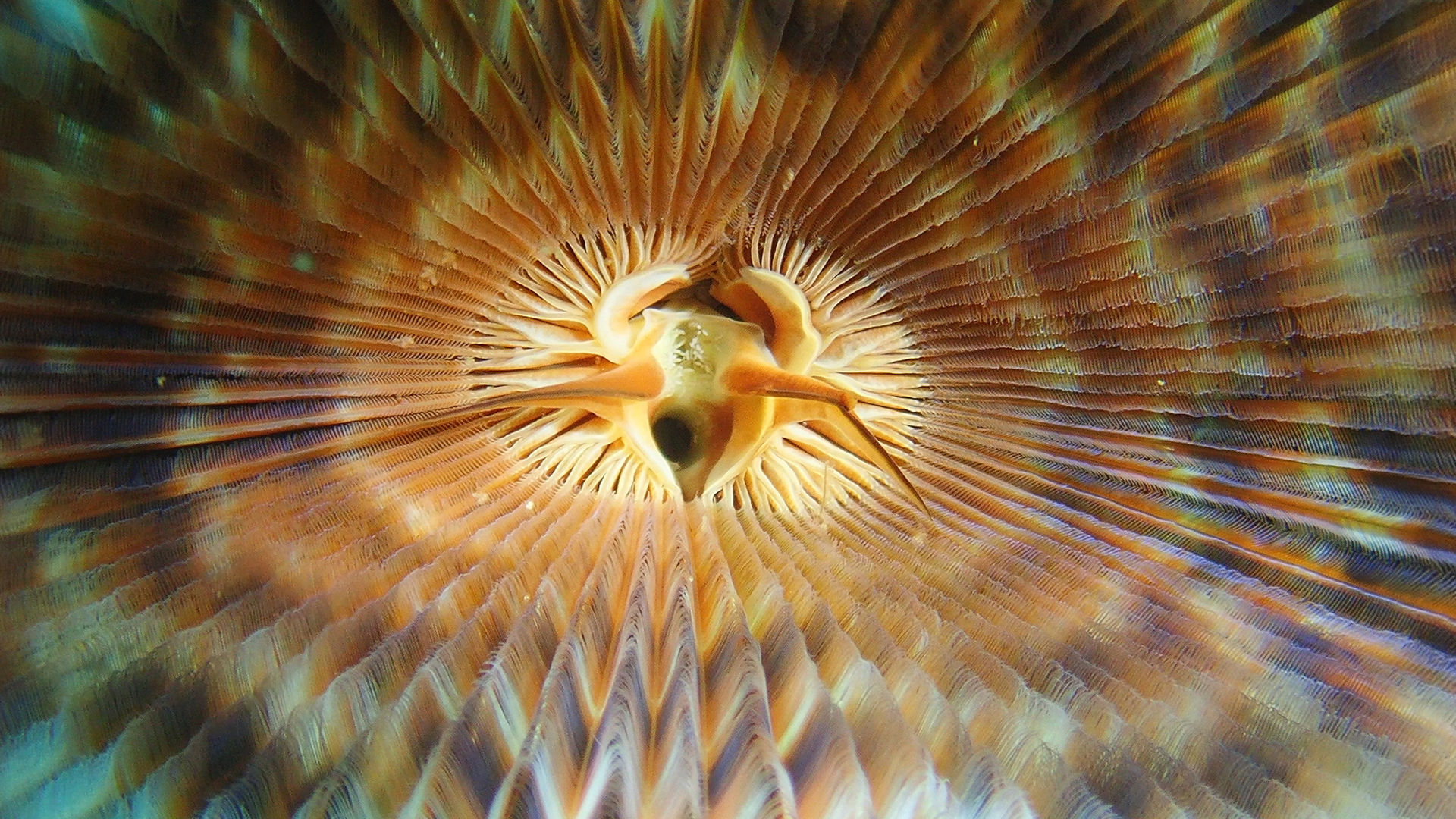 Centre of the Centre, Mel O'Callaghan's new major exhibition, traces the origins of life and its regenerative forces. The catalyst for this new body of work is one small mineral given to the artist by her grandfather, renowned mineralogist Albert Chapman. The mineral contains a small pocket of water, possibly millions of years old, which holds traces of the elemental forces responsible for all life on Earth. Inspired by the geophysical conditions and potentialities held within this primordial liquid, the artist invites the audience into a total experience. The film, sculptures and performance capture the circulatory motion of breath in response to extreme environments. During a three week mission in the Pacific, Mel O’Callaghan filmed hydrothermal vents in the depths of the ocean using the submersible Alvin with the support of the Woods Hole Oceanographic Institution. Using trance induction techniques, performers will also lead visitors through cyclical breathing, either through active participation or observation potentially triggering altered states of consciousness including ecstasy. Investigating the elemental template of life on Earth, the exhibition is a celebration of collective strength through resilience.

Works by O’Callaghan are held in several public and numerous private art collections nationally and internationally including Centre Pompidou; National Gallery of Victoria; FRAC Bretagne, France; Monash University of Modern Art, Victoria; Artbank, Australia; and the Attorney General’s Department, Australia. Works by the artist were also commissioned and are held by the Australian Embassy, France.

Mel O’Callaghan’s Centre of the Centre is co-commissioned by Le Confort Moderne, Poitiers; Artspace, Sydney; and The University of Queensland Art Museum, Brisbane. With Commissioning Partners Andrew Cameron AM & Cathy Cameron and Peter Wilson & James Emmett; and Lead Supporter, Kronenberg Mais Wright. The development and presentation of Centre of the Centre is supported by the Fondation des Artistes; the Australian Government through the Australia Council for the Arts, its funding and advisory body; Woods Hole Oceanographic Institution and the US National Science Foundation. Centre of the Centre was curated and developed by Artspace and is touring nationally with Museums & Galleries of NSW.